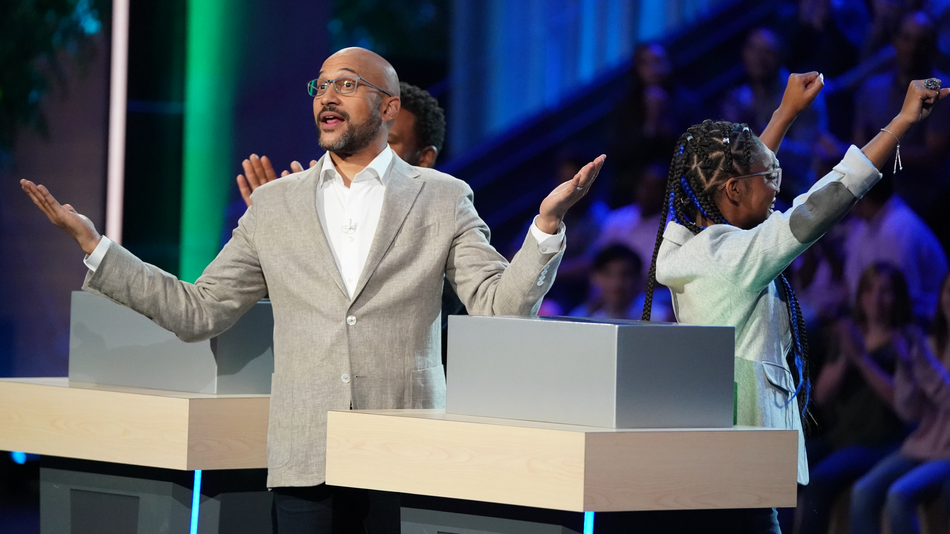 We were in a warehouse in South Brooklyn on a hot August day and Key was enthusiastically dishing on the upcoming, reimagined season of Brain Games that he's hosting. Despite a long day of shooting promos going over schedule, Key had an electrifying enthusiasm for the educational National Geographic show.

Brain Games returns Jan. 20 after an almost four-year-long hiatus to delve back into the human brain and dazzle us with interesting experiments, mind-bending illusions, and fun games. There are tons of fun celebrity guests, such as Ted Danson, who you can see in this exclusive clip trying to figure out which one of these bluffing masters is lying. Read more...