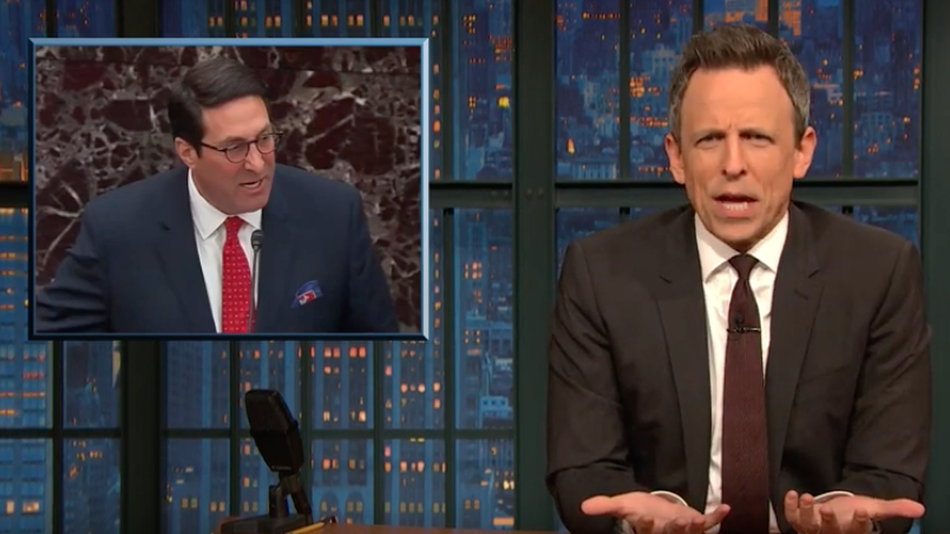 The Trump impeachment trial is not, so far, the solemn and serious process it should be. So it's no wonder Late Night host Seth Meyers dialled up the snark for Thursday night's A Closer Look, in response to Chief Justice Roberts' day 2 admonition to both sides to comport themselves like they're addressing "the world's greatest deliberative body."

"Are you serious?" Meyers said incredulously. "There's better deliberation between the hosts of The Voice." (Hey, Senator Gwen Stefani has a ring to it...)

Not only are senators having trouble not talking ("I love how the hardest thing to ask a senator to do is just shut the fuck up for one lousy day"), they're having trouble sitting still, listening to the evidence being presented, staying awake, and not complaining to the press about every aspect of the trial process, right down to the refreshments. One Democrat spotted Republicans wandering out during his presentation, which Meyers compared to jurors on Law & Order up and walking off during Sam Waterston's closing argument; another GOP senator from Louisiana was quoted whining about the "miserable" coffee. Read more...