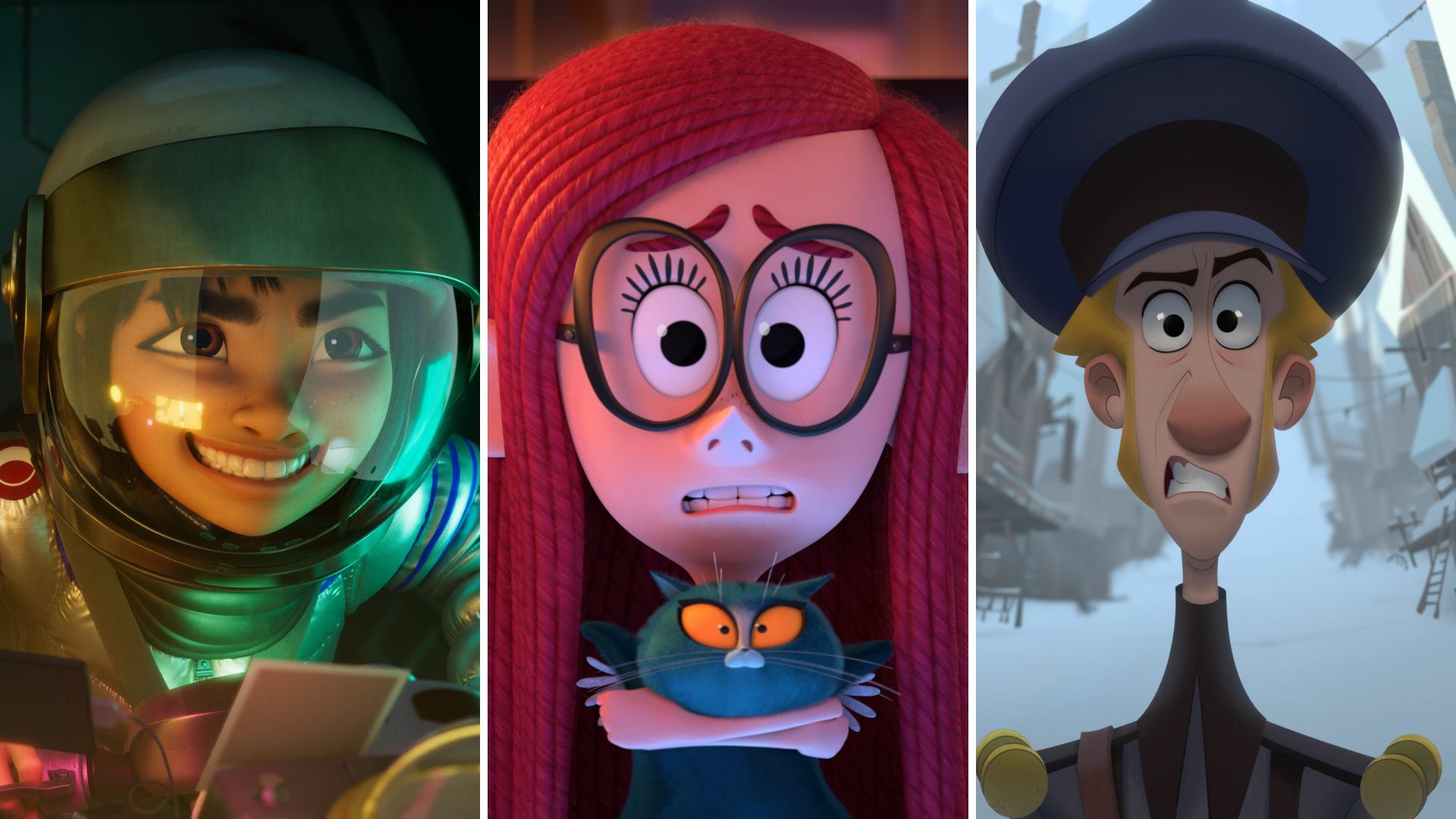 Seeking kid-friendly entertainment that is sure to satisfy? Netflix has a ton of options, but frankly they can be overwhelming. So, we've made things simple by highlighting ten excellent films that'll delight children — or those who are still a child at heart.

Whether you want a stellar movie musical, a madcap adventure, a spooky treat, or something to get you into the holiday spirit - we've got you covered.

Here are the 10 best kids' movies now streaming on Netflix. 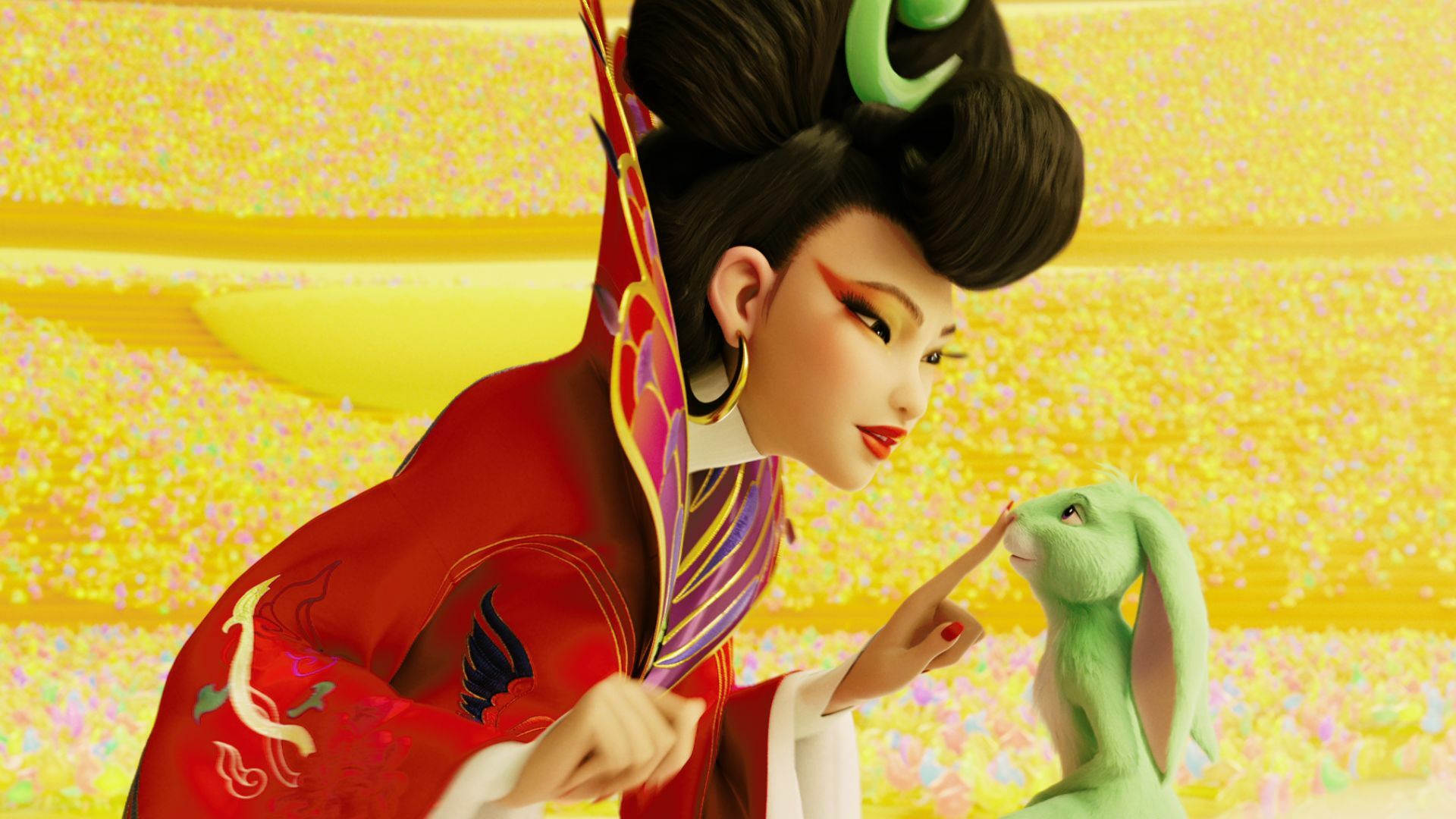 Young Fei Fei is enchanted by the story of the moon goddess Chang'e and the legend of her lover. Still mourning the death of her mother, Fei Fei takes unkindly to her father finding new love and decides to build a rocket to the moon to find Chang'e. She finds a magical world beyond her imagining and must reconcile the fantasy of the moon with the life that awaits her on Earth. Cathy Ang, Phillipa Soo, Ken Jeong, John Cho, Ruthie Ann Miles, Margaret Cho, and Sandra Oh star, so yes, Over the Moon is a powerhouse lineup of Asian American acting talent. —Proma Khosla, Senior Entertainment Reporter

How to watch: Over the Moon is now streaming on Netflix.

SEE ALSO: Chang'e's elaborate character design is the superstar of Netflix's 'Over the Moon'

Mike Myers's 2003 turn as the eponymous feline in headgear holds up surprisingly well for kids in 2022 (unfortunately for adults, there may be some triggers of 2019's Cats). The chaotic cat visits Sally and Conrad Walden (Dakota Fanning and Spencer Breslin), making a massive mess in their house and eventually locking them up (the Cat is by no means a moral compass). Parents will feel seen in Myers's winking delivery, and kids won't quickly tire of the Cat's endless hijinx. —P.K.

How to watch: The Cat in the Hat is now streaming on Netflix. 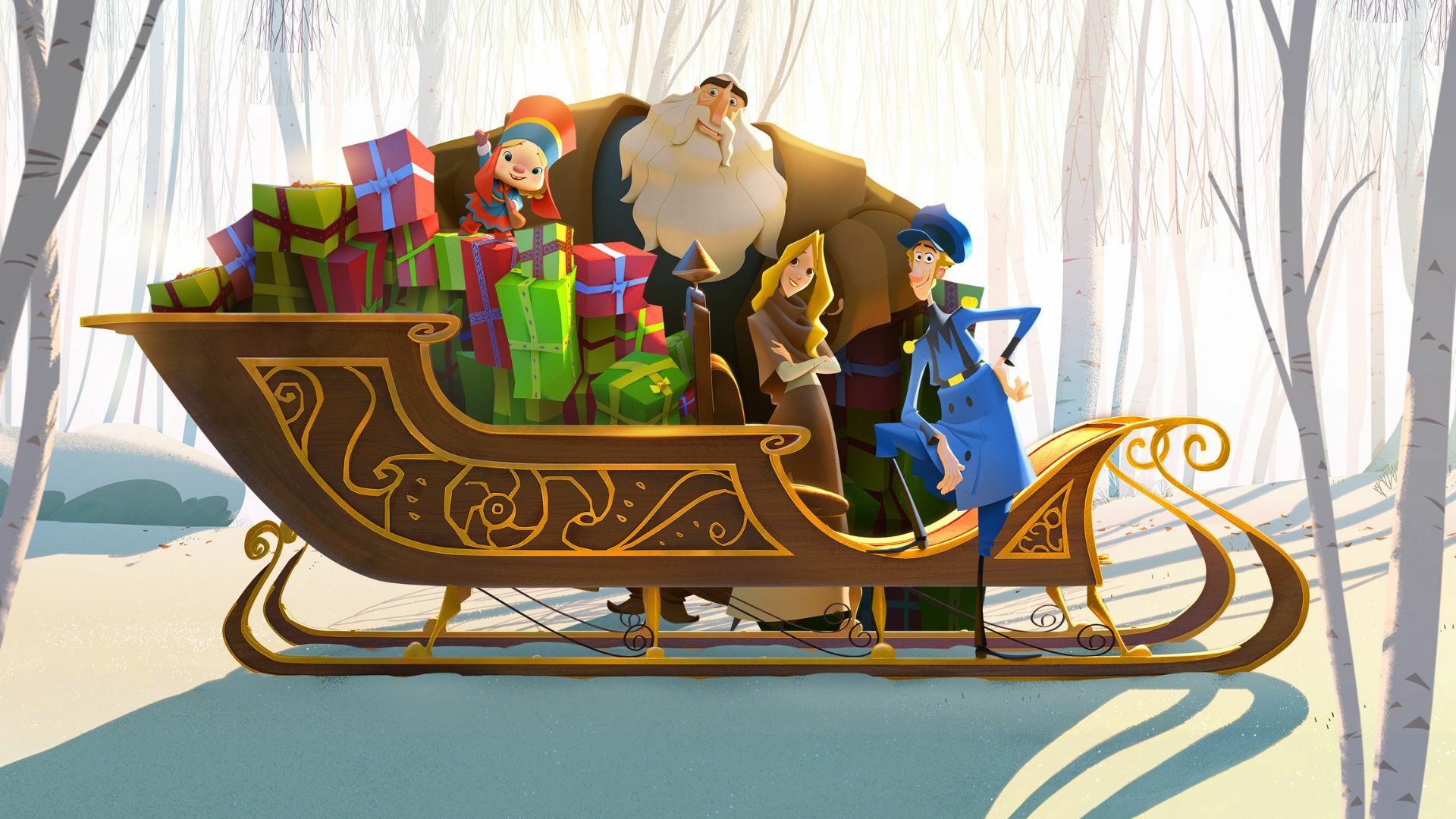 It might be a Christmas movie, but Netflix's own original about a spoiled postman-in-training Jesper (Jason Schwartzman) who happens upon an old toymaker is a lovely and rewatchable film year-round. He becomes the go between for the toymaker, Klaus (J.K. Simmons) and the local children who write him letters hoping for toys. The story spins out to become the origin of Santa Claus and a humbling journey for Jesper. —P.K.

How to watch: Klaus is now streaming on Netflix.

When four-year-old Kun’s (Moka Kamishiraishi) parents tell him he’s going to have a baby sister, he’s excited at first. But when baby Mirai (Haru Kuroki) arrives, he has trouble adjusting to sharing his mom and dad’s attention. Seeking solace, Kun disappears into the garden behind his house, where he embarks on a magical adventure with the grown-up version of Mirai that puts his relationship with his family in a whole new perspective. This is a deeply warm, funny, and insightful piece from veteran Japanese director and animator Mamoru Hosoda. Nominated for the Best Animated Feature Film Academy Award in 2018, Mirai is the perfect, feel-good choice for family movie night.*  —Kristina Grosspietsch, Freelance Contributor

How to watch: Mirai is streaming on Netflix. 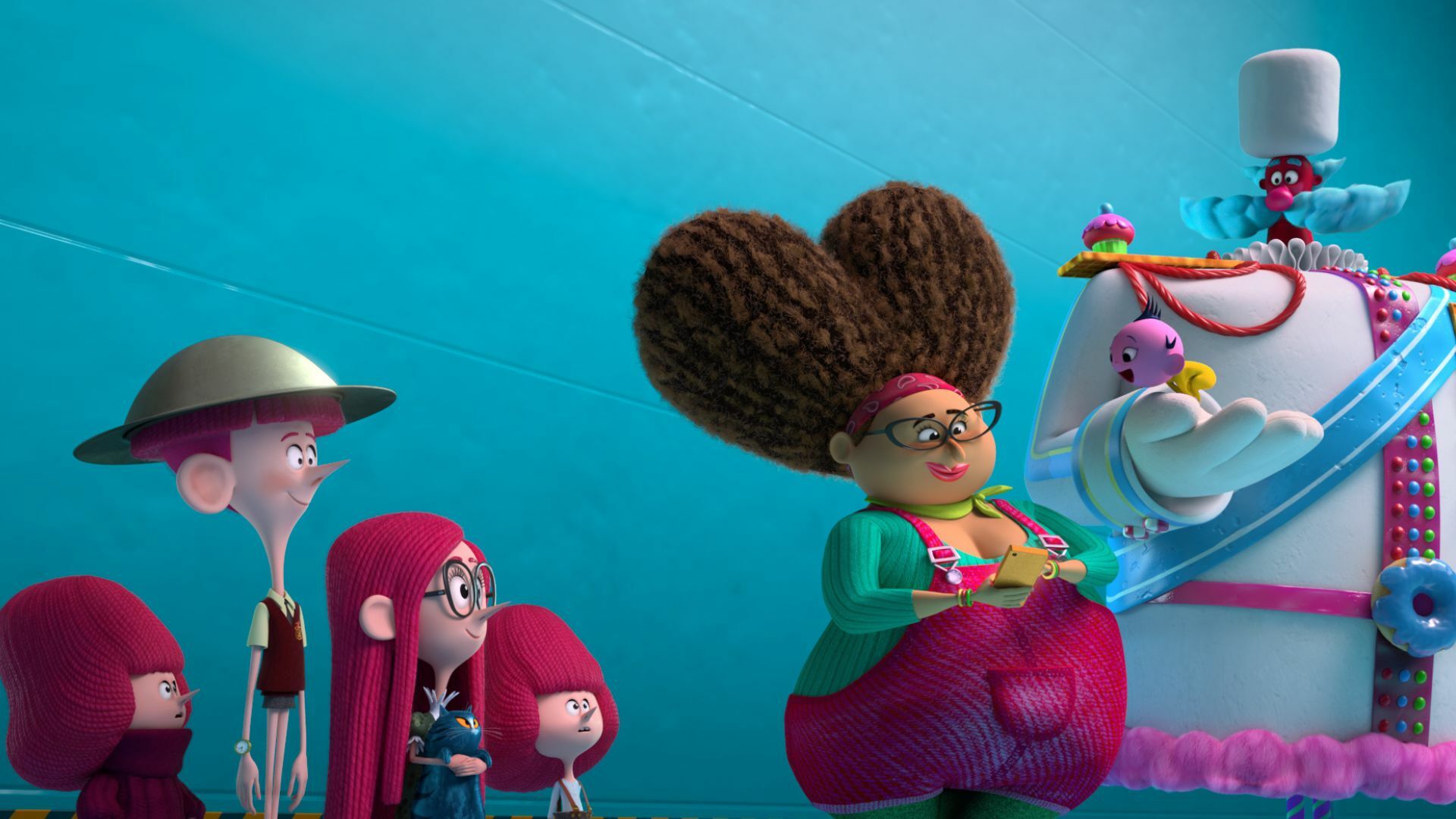 Based on an outlandish book by Lois Lowry, this Netflix original centers on a deeply dysfunctional family in need of some wild changes. Mr. and Mrs. Willoughby have four adorable, eager, and talented children, whom they utterly despise. Thus, life is very hard for eldest Tim (Will Forte), dreamer Jane (Alessia Cara), and oddball twins Barnaby A and Barnaby B (Seán Cullen). That is until they concoct a wacky scheme that sends their parents off on a perilous vacation, from which they may not return! However, the siblings' deadly plan for independence is challenged when a plucky nanny (Maya Rudolph) arrives at their door. Soon, agonies and antics give way to the jubilant adventure of a lifetime.

How to watch: The Willoughbys is streaming on Netflix. 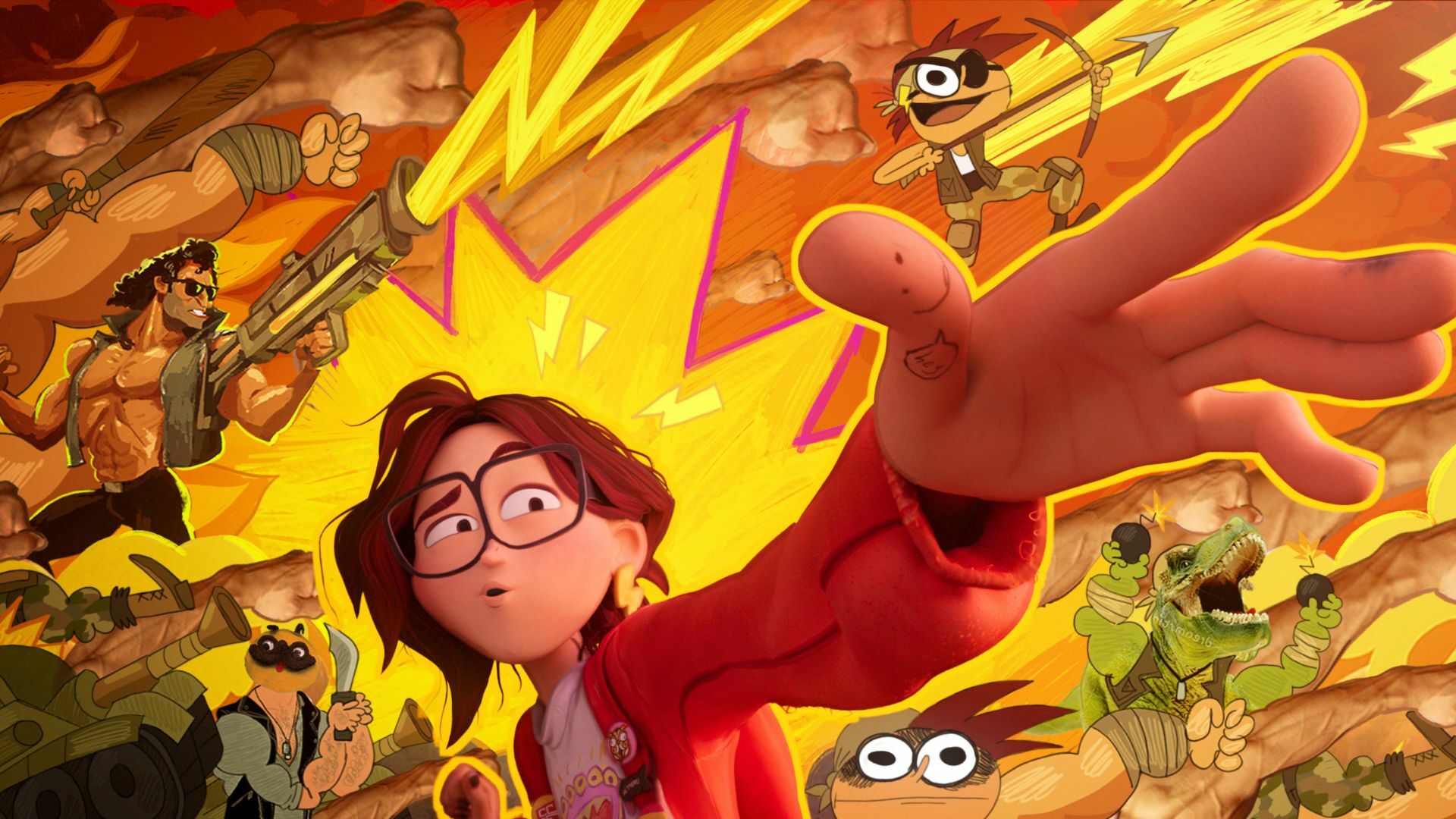 Sony Pictures Animation has given audiences such daring and dynamic animated movies as Surf's Up, Hotel Transylvania, and Spider-Man: Into the Spider-Verse. This zany 2021 release centers on a family who's battling back the robo-apocalypse with togetherness, internet savviness, and a walleyed pug named Monchi (voiced by social media icon, Doug The Pug).

The Mitchells’ adventure into chaos begins when daughter Katie (Abbi Jacobson) is poised to go off to college. Desperate for one last family-unifying road trip, her dad (Danny McBride) piles the whole family into his beater of a vehicle, unknowingly charting a fateful route into heroics. Director Mike Rianda infuses Katie's excitable perspective throughout the film by working in internet memes, social media-style reactions, and blitz of bonkers visuals. It’s a bold move that might alienate some viewers but has largely won the acclaim of critics and kiddos.* —K.P.

How to watch: The Mitchells vs the Machines is streaming on Netflix.

Inspired by Michael Bond's beloved children's books, Paddington is a critically heralded romp that blends a crackerjack live-action cast (Hugh Bonneville! Sally Hawkins! Julie Walters! Peter Capaldi!) with an adorable CGI bear (voiced by Ben Whishaw), who wears a blue coat and cherishes marmalade. Traveling from the jungles of Peru to London, the titular bear is reluctantly taken in by the Brown family. But as cultures collide, Paddington's freedom —indeed, his very life! — are threatened by an overzealous taxidermist (a gamely over-the-top Nicole Kidman), who is ruthlessly determined to make him her next specimen! Full of whimsy, wit, and warmth, Paddington is a jolly delight that demands rewatching. —K.P.

How to watch: Paddington is streaming on Netflix. 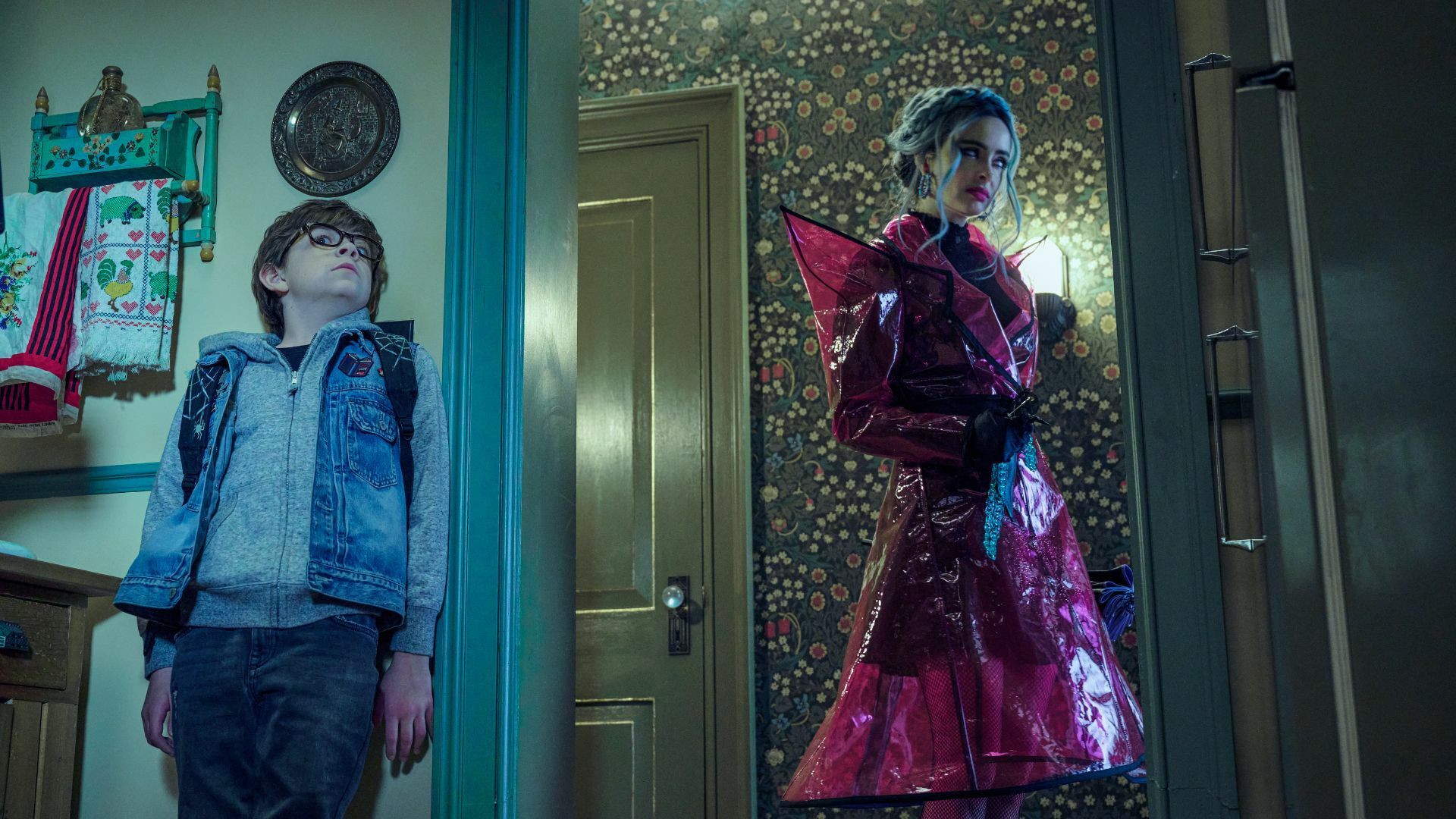 From David Yarovesky, the director of Brightburn, comes a spooky tale that'll thrill on family night. Based on the horror-fantasy novel of the same name by J. A. White, Nightbooks centers on a Brooklyn bookworm (Winslow Fegley) who is kidnapped by a wicked witch (Krysten Ritter). Held captive in her magical apartment, he's forced to tell her a new scary story each night in exchange for his survival. Thankfully, he's not alone. A hard-nosed fellow prisoner (Lidya Jewett) not only helps him avoid the pitfalls of this precarious prison, but also helps him unlock the secrets that could get them both out!

Peppered with PG-level scares and plenty of style (we'd die for Ritter's witch wardrobe), Nightbooks is a rollicking good time for kiddos (and grown-ups) who appreciate a good bump in the night.* —K.P.

How to watch: Nightbooks is streaming on Netflix.

Craving something creepy but kid-friendly? Then step on up to this sensational 2006 film, in which the Big Bad is a towering, sentient, old house that gobbles up toys as well as trespassing children. While the premise might sound perturbing, children will relish the tale of three spirited kids who not only discover the Monster House’s horrors but also its hidden heart.

How to watch: Monster House is streaming on Netflix. 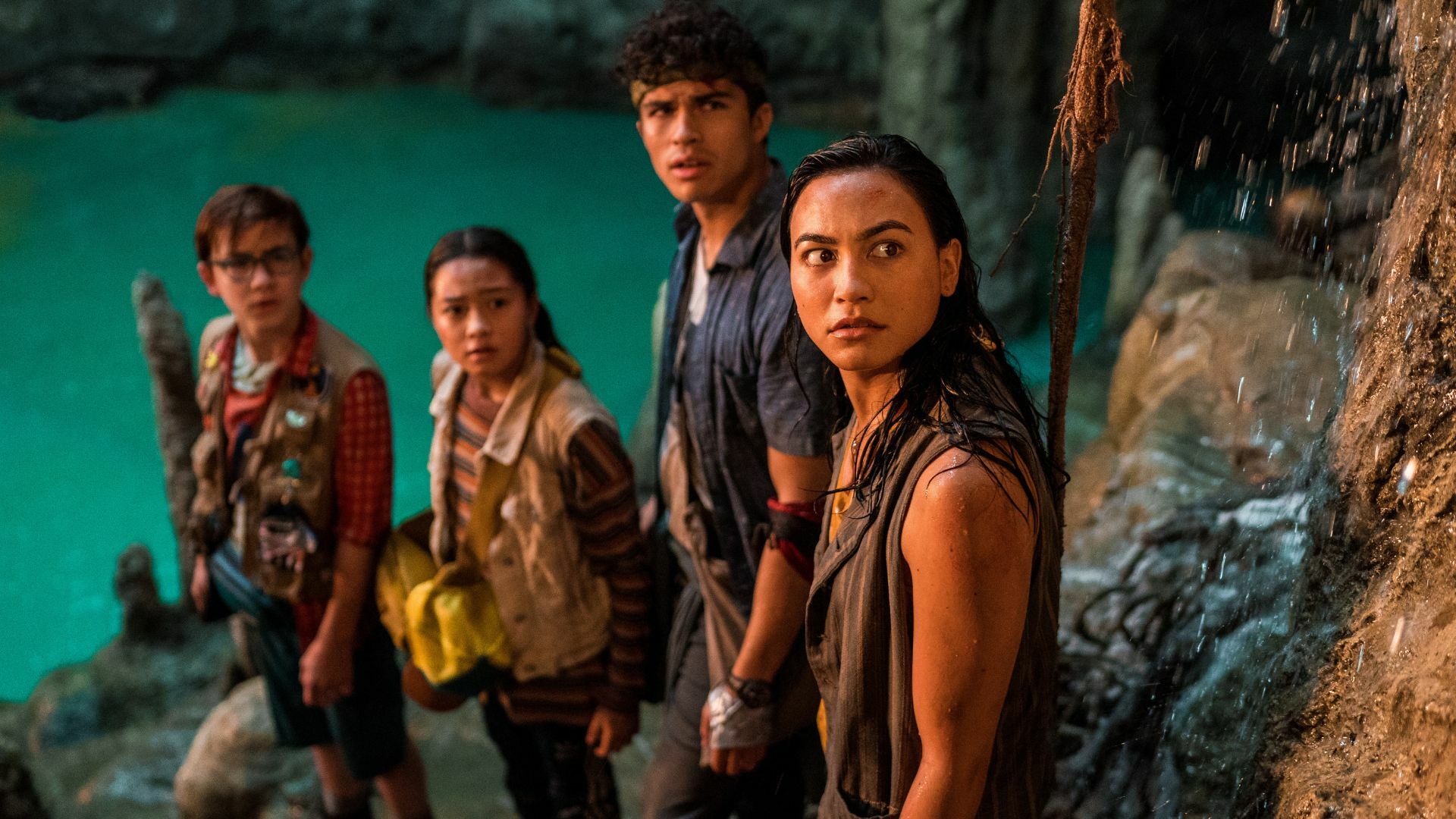 If you grew up watching The Goonies, then you'll treasure sharing this gem with your kiddos. Director Jude Weng channels Spielberg's brand of awe for an exciting tale of Hawaiian legend and childhood heroics. Raised in New York City, siblings Pili (Kea Peahu) and Ioane (Alex Aiono) feel like fish out of water when their mother brings them to Oahu. But soon enough, they're making friends and setting forth on a quest for a legendary lost treasure. Along the way, there'll also be teen romance, family drama, and local lore come to life. Seeking something fun and thrilling? Look no further. —K.P.

How to watch: Finding 'Ohana is streaming on Netflix.