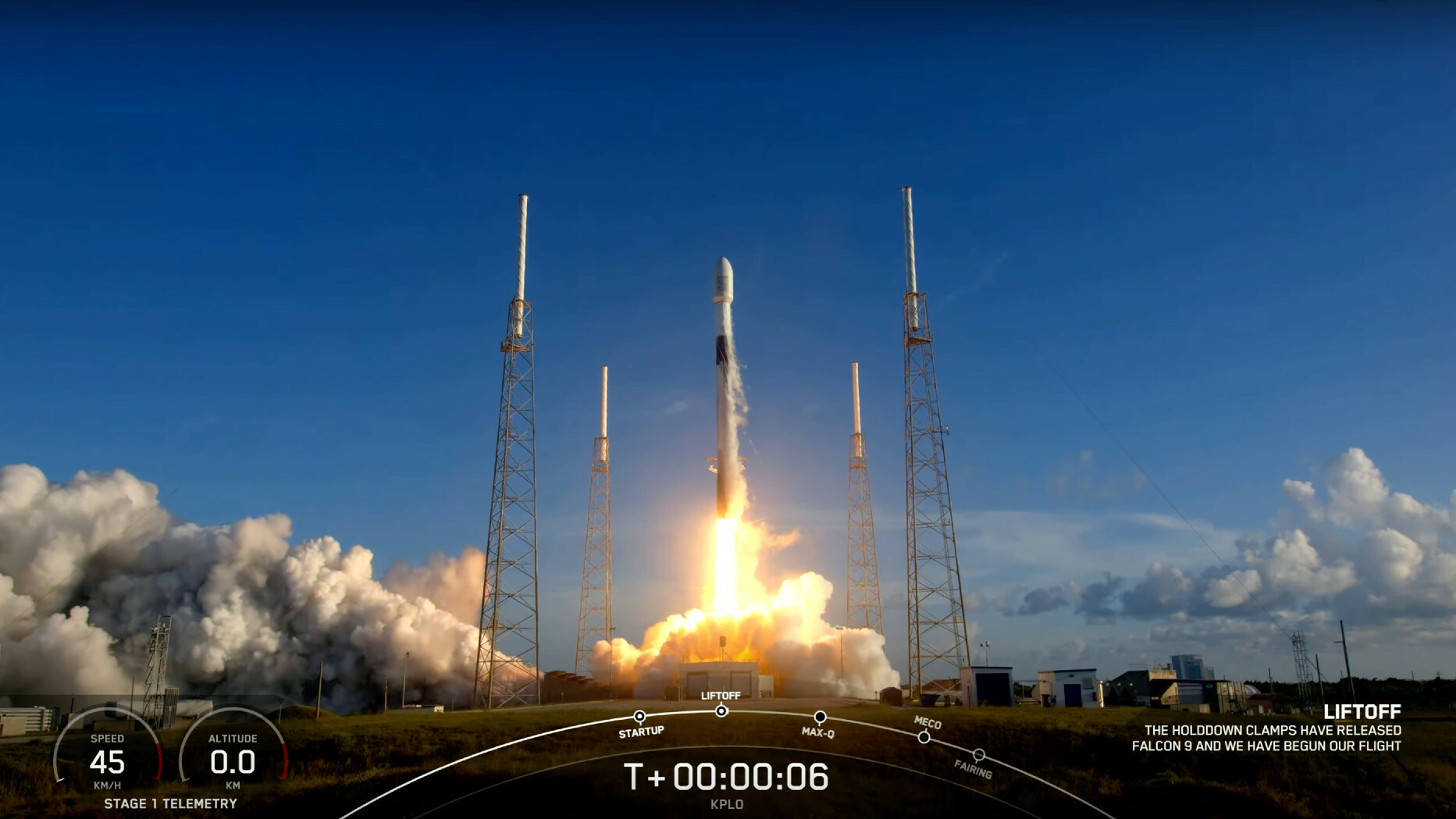 South Korea is headed to the Moon, having successfully launched its first lunar mission on Thursday. Loaded aboard SpaceX's Falcon 9 rocket, the Korea Pathfinder Lunar Orbiter (KPLO) began its four and a half month-long trip to the Moon at 7:08 p.m. EDT, taking off from Cape Canaveral in Florida.

The KPLO was developed through a collaboration between NASA and the Korea Aerospace Research Institute — South Korea's space agency. Its launch is a significant mission not only for South Korea, but also for SpaceX. While Elon Musk's space company has launched numerous rockets over many years, they typically don't aim for the Moon. SpaceX previously used a Falcon 9 rocket to launch Israeli lunar lander Beresheet in 2019, however the mission ultimately failed with the lander crashing on the Moon's surface.

SEE ALSO: Space junk found on Australian farms suspected to be from SpaceX

Thursday's KPLO launch was a promising start, but we'll have to wait until mid-December to find out if the mission is a success. Rather than travelling directly to the Moon, the KPLO — also known as "Danuri" — will use ballistic lunar transfer (BLT) in order to reach its destination. This technique uses the Sun, Moon, and Earth's gravitational pulls to place the orbiter into the Moon's path, allowing it to get caught in lunar orbit. This means the Danuri will use much less fuel, but will also take a longer time to get to the Moon.

Should it successfully reach the Moon, the Danuri's mission is to develop technologies for lunar exploration, conduct scientific investigation such as surveying the surface environment, and demonstrate and validate current space technologies. It will orbit the Moon at 100 km (62 mi) for one year, then descend to 70 km (44 mi) or lower if the mission is extended.

The orbiter is carrying several scientific instruments to enable it to conduct its mission, including a magnetometer for measuring magnetic fields and a gamma-ray spectrometer for measuring gamma radiation. It also has a lunar terrain imager, a wide-angle polarimetric camera, and NASA's high-sensitivity camera ShadowCam, all of which are tasked with collecting images of different areas of the Moon.

Interestingly, the Danuri has a delay/disruption tolerant networking (DTN) experiment onboard as well, intending to test its capabilities for transferring data through space. Similar to a space internet, DTN technology has already successfully been used by the International Space Station, but this will be the first time it's been tested beyond the Earth's orbit.

With Danuri's launch, South Korea has joined the short list of countries who have attempted to reach the Moon, including the U.S., Russia, and China.