'I eat pepper every day!': Idris Elba is embarrassed by that 'Hot Ones' meme 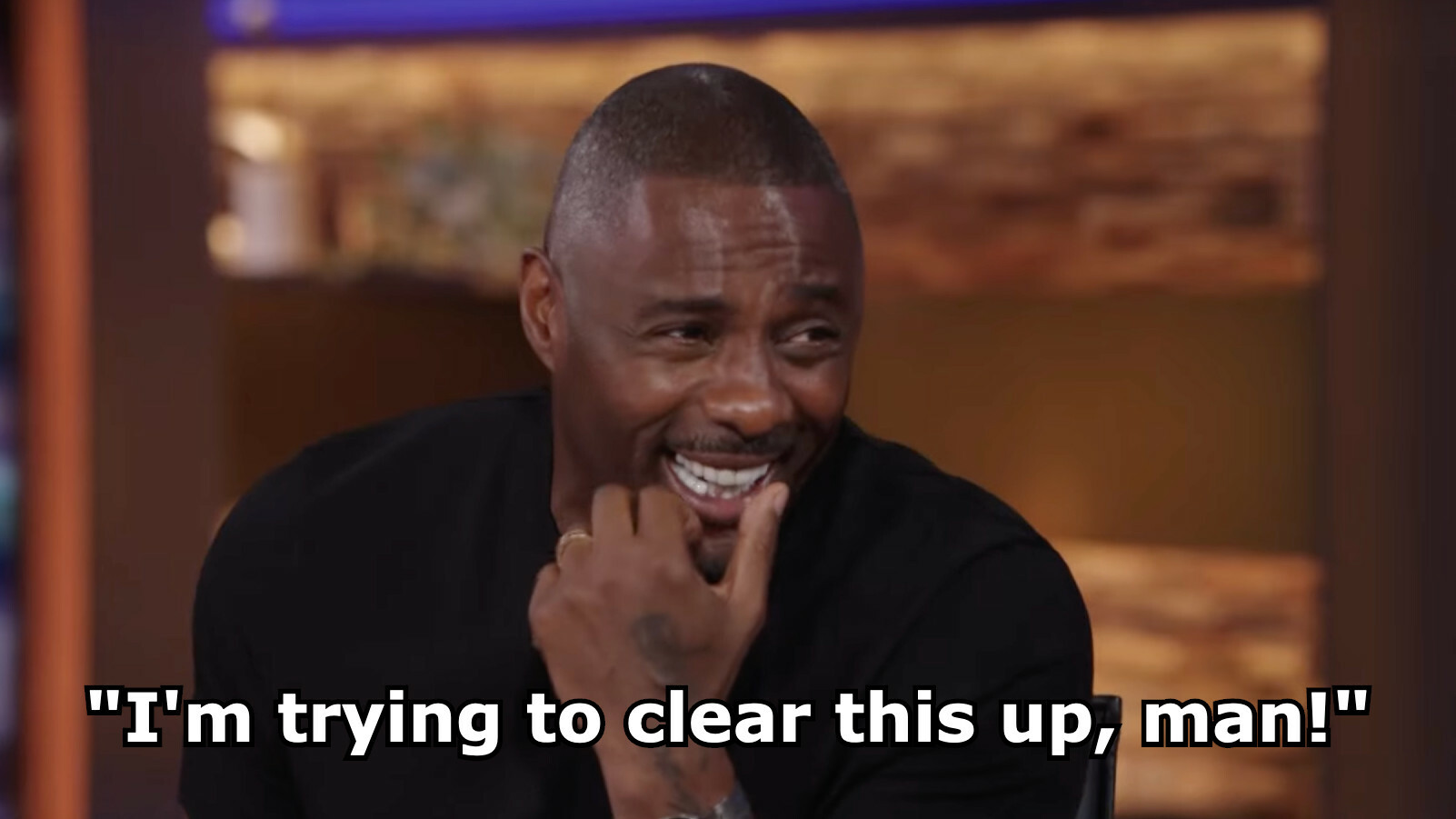 Idris Elba has attempted to reclaim his dignity, explaining to The Daily Show host Trevor Noah what was really happening in that viral Hot Ones clip that became a meme.

For those who haven't seen the voraciously GIFed moment, the video features Elba vigorously coughing and tearing up after eating a chicken wing covered in Da'Bomb's Beyond Insanity hot sauce. According to Hot Ones, this sauce has 135,600 Scoville heat units.

Regardless of how good the meme is, the Beast actor apparently finds it somewhat embarrassing.

"First of all, you know, just to clear this up: It wasn't the hot wings that got me," Elba told Noah. "It was like, you know when, you know, the spit goes down the wrong [part of your] throat? You don't believe me?"