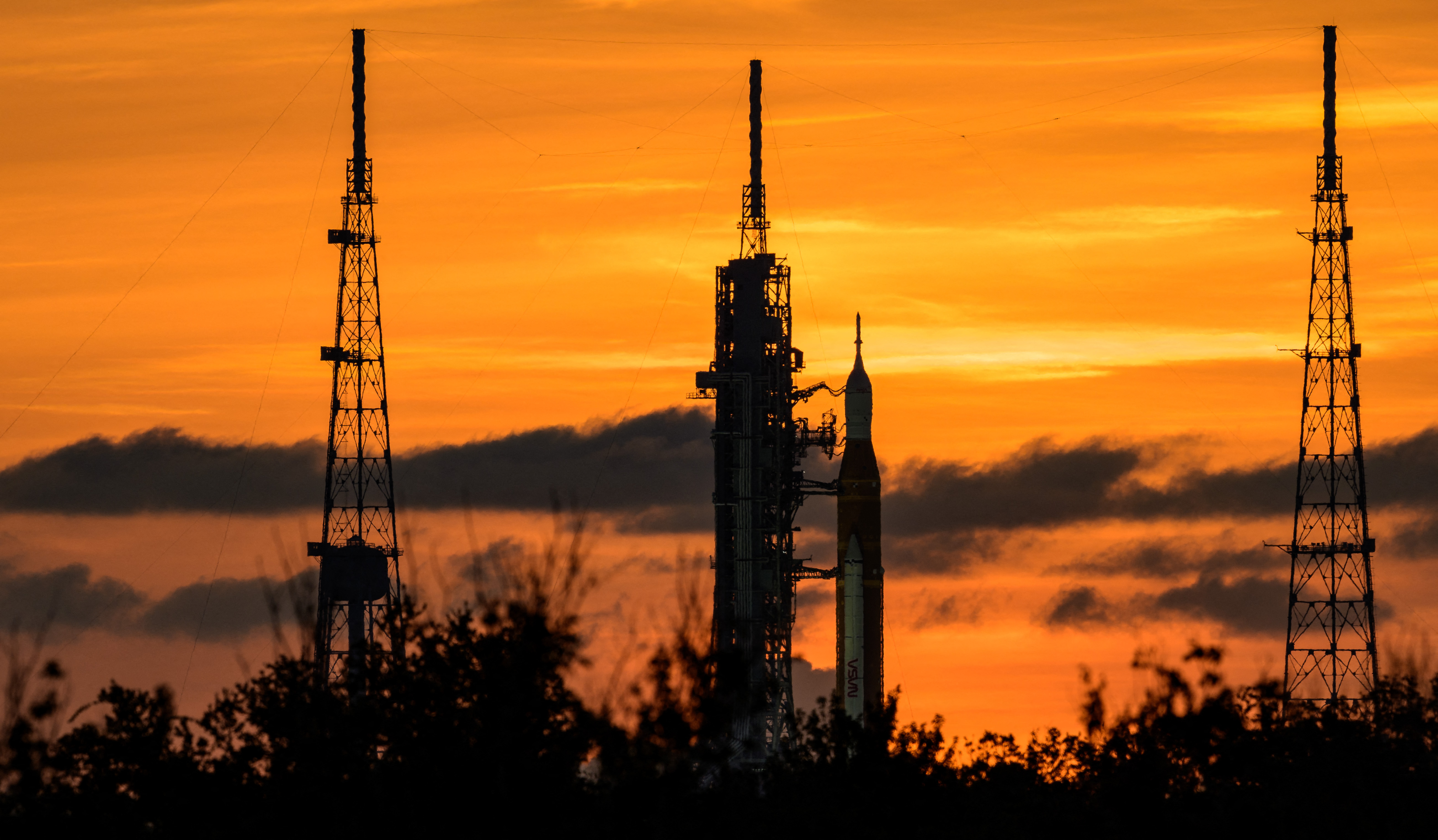 Artemis I, the beleaguered NASA rocket awaiting its maiden voyage, will not launch on Sep. 27 as scheduled. NASA announced this morning that it will delay lift-off for a fourth time, due to concerns over how approaching Tropical Storm Ian might affect its journey.

CNN reports that Artemis I's launch constraints require that the ship avoid rain and lightning so as not to damage the rocket and potentially endanger public safety. The rocket had previously been scheduled for launch on Aug. 29 and Sep. 3.

NASA teams are now prepping the ship for a "rollback" into its hangar in the Vehicle Assembly Building at Kennedy Space Center in Cape Canaveral, Florida.

The Artemis space launch system is 17 feet taller than the Statue of Liberty and weighs about 18 tons, so it creeps along at a pace of about one mile per hour. That means the journey takes eight hours, one way.

Ahead of NASA's second launch attempt on Sep. 3, Mashable spoke with John Giles, who oversees the space agency crawler that takes the rocket to and from the launch pad. His team of about 30 includes enough drivers to switch out every hour. After 60 minutes "You get tired," he says. "You start to see things."

So far the team has performed six roundtrips to the pad with the renovated machine, half with the entire mobile launcher, rocket, and spacecraft, over the past two years. "When we went to the pad and dropped it off this time, I went to my management and said, 'I'm not bringing it back. It stays here,'" Giles joked. "'You gotta launch it because I'm not gonna take it back to the VAB.'"

Once the rollback is completed, NASA will begin to plan for a new launch date, likely in early October. Artemis I is an uncrewed ship and its successful maiden voyage would make it safe to use for future trips to the moon and even Mars.