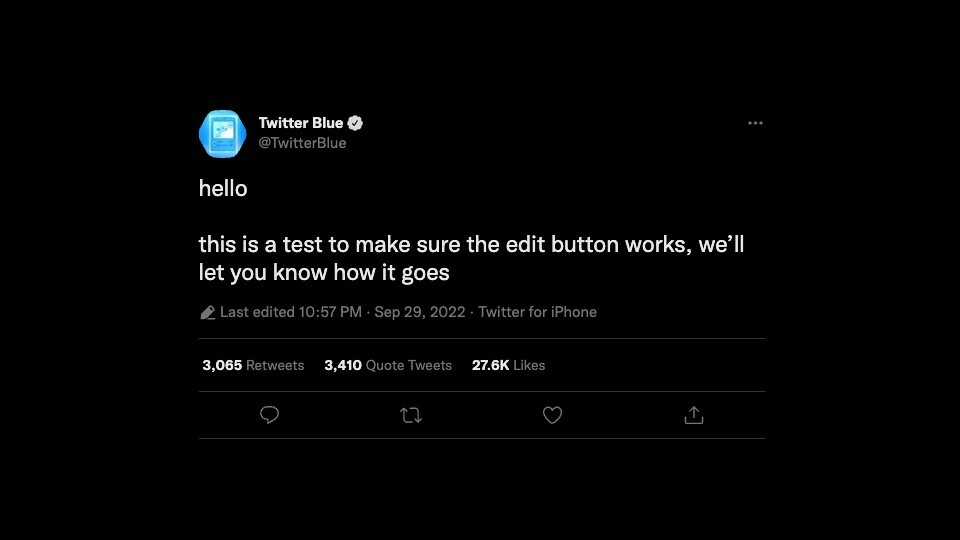 Twitter's edit button, a long-awaited feature that will let users edit their tweets after they're posted, might finally be ready for release.

"Hello this is a test to make sure the edit button works, we’ll let you know how it goes, " the tweet said. Below it, you can see the time when the tweet was last edited, and if you click on that portion of the tweet, you'll see the original tweet which, in this instance, was just a shorter version of the above sentence. 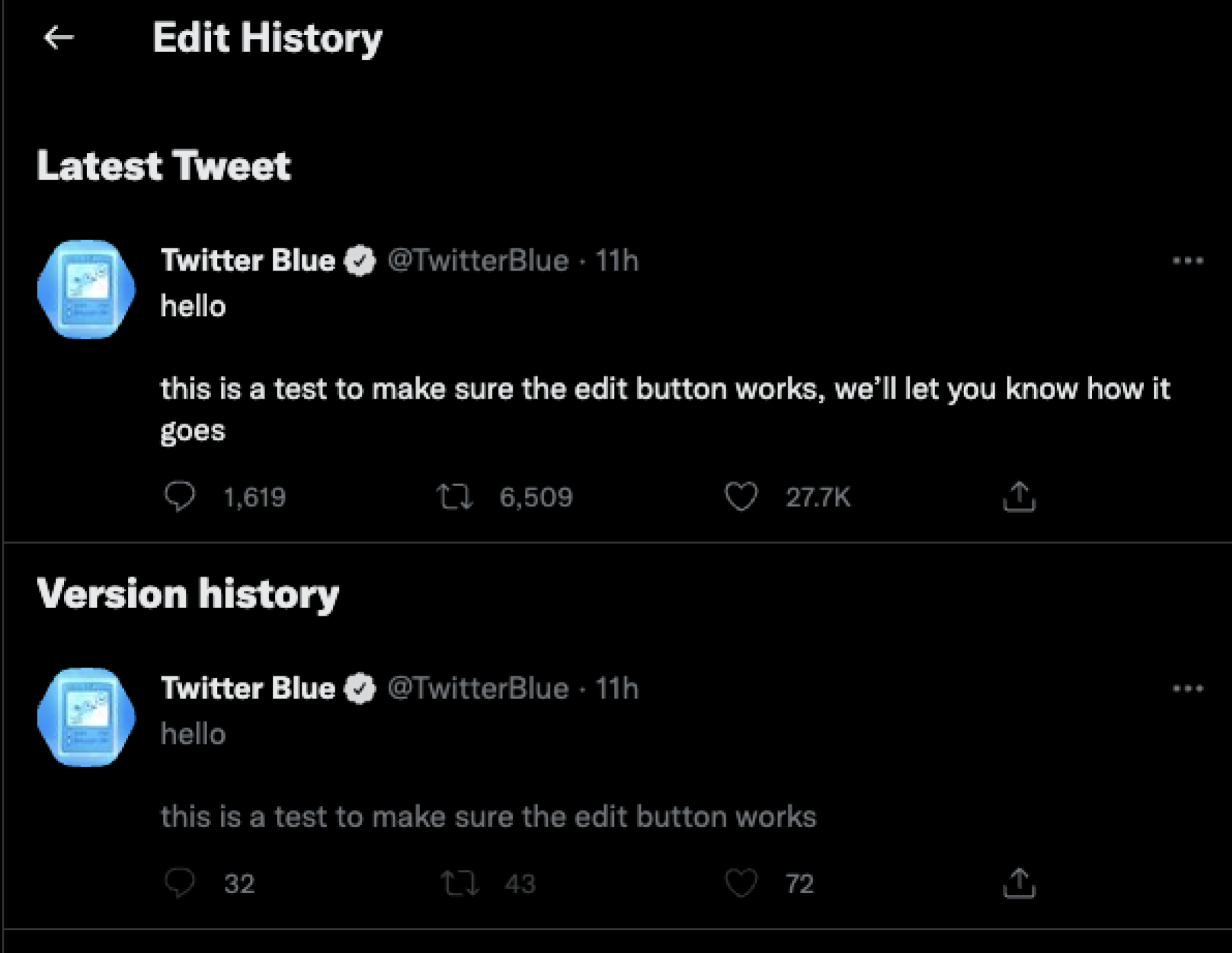 Once the feature is out, we bet people will click on Edit History a lot. Credit: Twitter

Earlier this month, Twitter announced that it will be testing the edit button. "It is happening and you'll be okay," the company said in a tweet.

Twitter said that users will only be available to edit a tweet for 30 minutes after it's been published, and they'll only be able to make changes to it "a few times." All users will be able to see past versions of the tweet, so this feature is more for typos and not for hiding stuff which you shouldn't have posted in the first place.

The first edited tweet was posted from the account of Twitter Blue, Twitter's premium service, which will also be the first to get the new feature. While there's still no word on when, exactly, the edit button is coming, the fact that Twitter is publicly testing it probably means it'll happen soon.