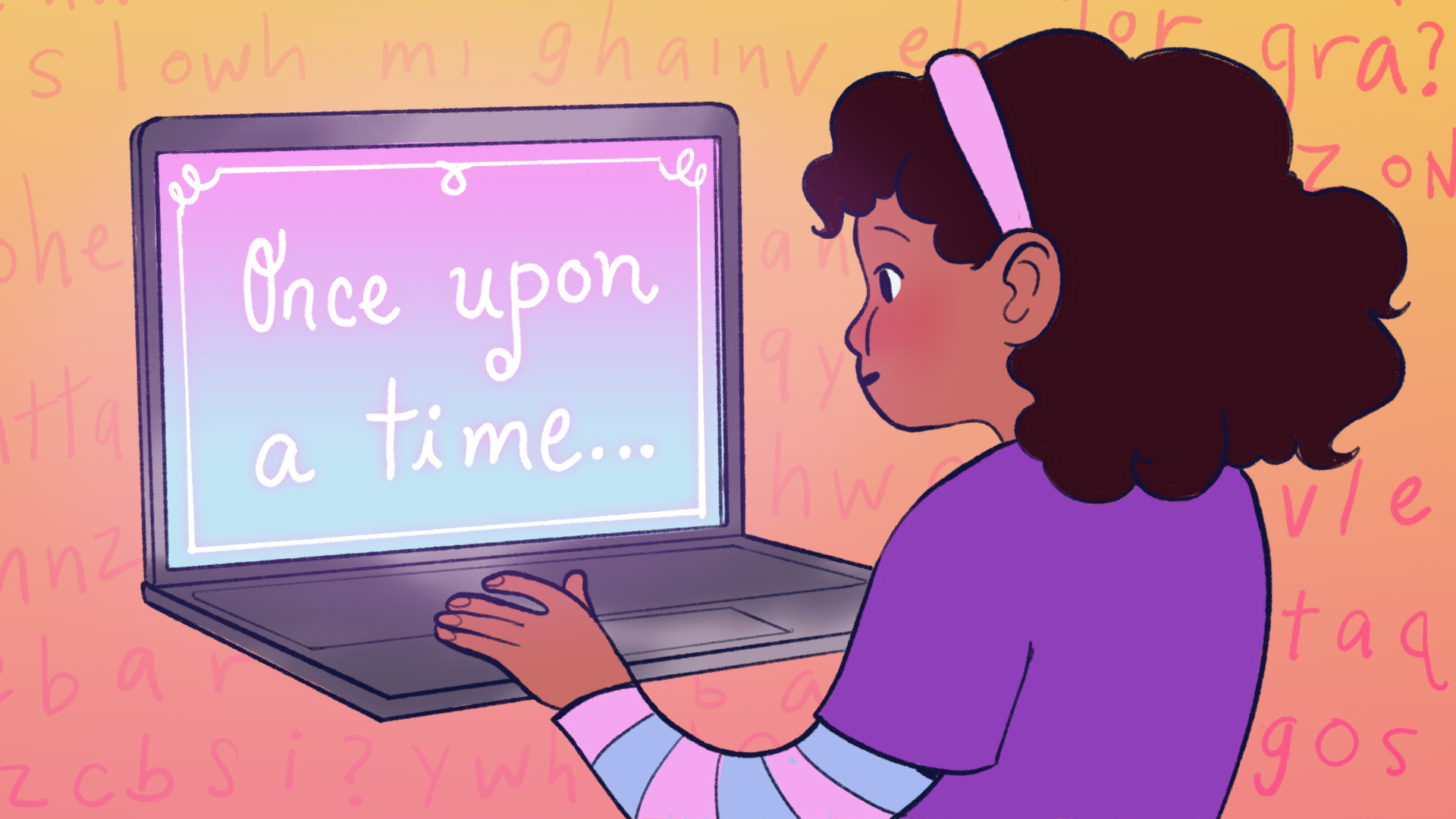 From stunning animation to heartfelt family stories to the acknowledgment of complex histories and identities, the current digital media environment is rich with stories by and about Latinx culture. Don't worry if you're late to the streaming party; there's still plenty of time to join as the nation celebrates Hispanic Heritage Month.

The 4-week celebration runs from Sept. 15 to Oct. 15 and was originally established as a single-week holiday by President Lyndon B. Johnson in 1968. Twenty years later, President Reagan expanded "Hispanic Heritage Week" to a full month. The current mid-month dates were chosen to commemorate the anniversary of independence for several Latin American countries, including the Sept. 15 celebrations in Costa Rica, El Salvador, Guatemala, Honduras, and Nicaragua. Mexico and Chile celebrate their independence days on Sept. 16 and Sept. 18, and the month also spans Indigenous Peoples Day (Día de la Raza) on Oct. 12.

"This is the first time Spanish-speaking parents and caregivers in the U.S. will be able to read about the movies and TV shows their kids are watching through the lens of child-development guidelines, helping them make informed decisions about the best content to bring into their homes," Mary Aviles, Common Sense Media's Spanish-language editor, explained. The reviews and media guide will be updated weekly with new content.

Alongside the new Spanish-language hub, Common Sense also curated recommendation lists with diversity, accessibility, and representation in mind, including the best Latinx films to watch as a family, the best TV shows with Latinx characters or creators, and lists for Puerto Rican, Mexican, and Cuban representation in movies and TV.

And while streamable media is one way to get your kids involved in this month's celebration, it shouldn't end there. Other organizations, like the National Women’s History Museum (NWHM), have their own resource guides, activities, and toolkits for individuals and families. The museum's 2022 toolkit, in partnership with Telemundo’s Unstoppable Women program, includes a suggested calendar of lessons and online event programming. The official site for Hispanic Heritage Month, a project of several federal arts and history institutions, has a long list of audio and visual content collected from a variety of sources, like the Smithsonian Institution, the Library of Congress, and the National Gallery of Art.

Common Sense Media also has several book guides, podcast lists, and its own learning hub for the month — don't hesitate to check them out.

Scroll on for a selection of media that honors Latin American creators and stories, from a variety of streaming services.

Canticos is a bilingual sing-along show for toddlers and preschool-aged children that gets them engaged in fun nursery rhyme language learning. It was created and directed by Latina author and artist Susie Jaramillo, who also founded Encantos, an ed-tech platform for families.

Nina's World is a prequel series to Sprout channel's The Good Night Show, and follows our host Nina, a 6-year-old Latina girl who lives with her family in Chicago, Illinois.

Diary of a Future President As the future president, Elena is motivated and responsible — but right now she's still just a middle-schooler. Credit: Disney

Diary of a Future President tells the origin story of fictional Cuban American and future leader Elena Cañero-Reed as she enters middle school, told using narrated excerpts from Elena's diary. The show was created by Ilana Peña and is loosely inspired by Peña's own adolescence.

Created by critically acclaimed Mexican director Guillermo del Torro, Trollhunters is a fantasy adventure following an average teen who finds a mysterious amulet and sets off to save multiple worlds. Common Sense Media has also singled it out as a Common Sense Selection for its positive role models. 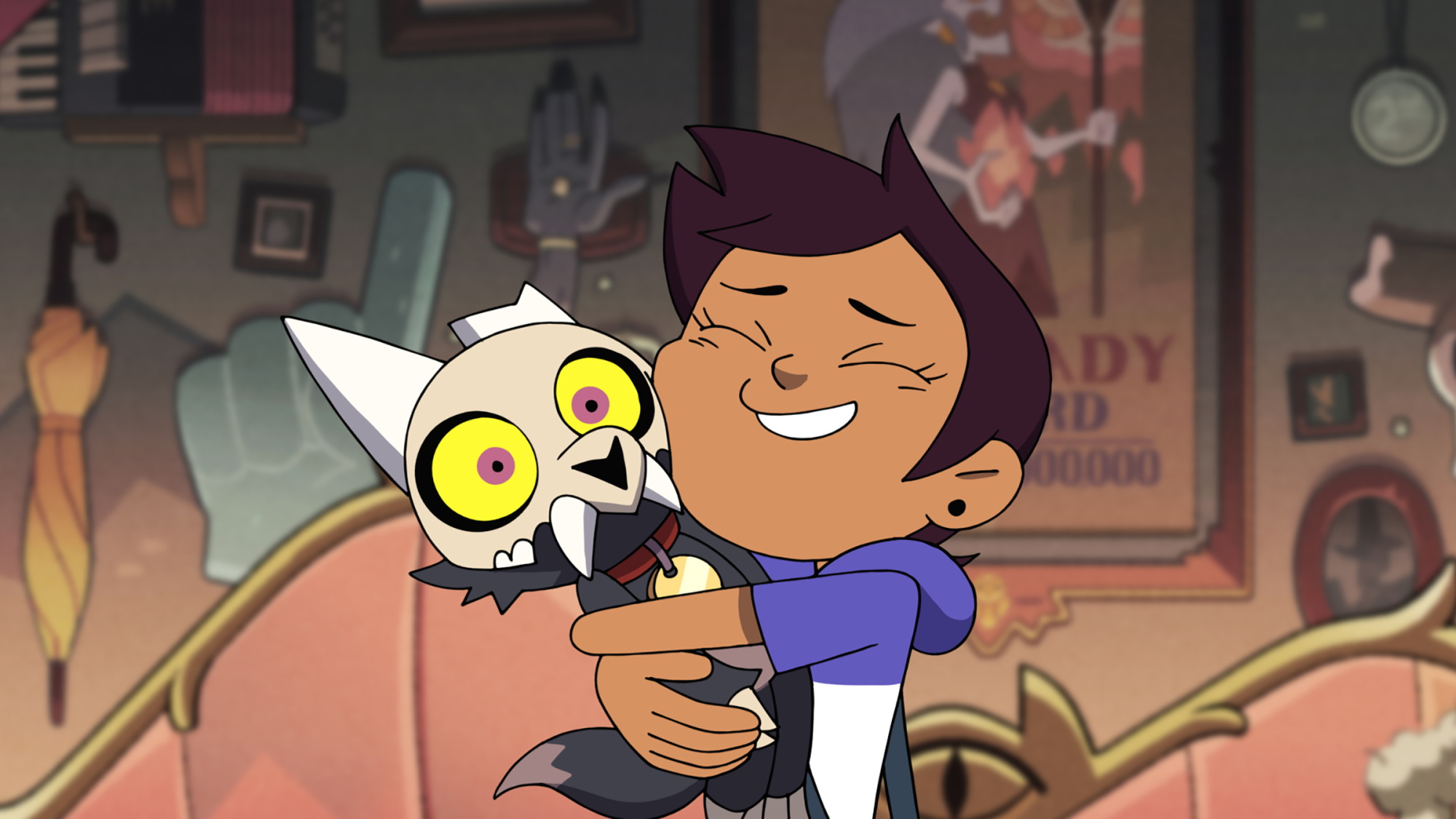 In "The Owl House," Luz makes magical friends along the way. Credit: Disney

A fan-favorite show among all ages, The Owl House tells the story of Luz, a Latinx human teen who happens to stumble into a world of magic that inspires her to become a witch herself. The show also depicts nonbinary, transgender, and other LGBTQ+ identities among its cast of magical and non-magical characters.

Following the success of Love, Simon, the spin-off series follows Victor, a new student at Creekwood High School on his own journey of self-discovery. Victor faces challenges adjusting to a new city, exploring his sexual orientation, and at home within his half-Puerto Rican, half-Colombian family. Common Sense Media suggests the show for kids ages 12 and older.

Available on Disney+ and Hulu.

Produced by Honduran American actor and activist America Ferrera, Gentefied tells the stories of a family and their tight-knit community in Los Angeles' Boyle Heights. Common Sense Media suggests this show for those 15 years and older because of language and adult themes. The show is best for teen viewers or younger kids with parental supervision. In this spinoff from Freeform's The Fosters, two sisters (played by Cierra Ramirez and Maia Mitchell) and their community juggle careers, love, and friendship in downtown Los Angeles’ The Coterie. Ramirez plays Mariana, a Latina software engineer trying to find her place in a white, male-dominated field (among other struggles). Common Sense Media also suggests the show is best for teens 15 years and older.

Available on Freeform and Hulu.

Common Sense Media's standout selection for teens, On My Block follows the coming-of-age stories of a group of friends in the predominantly Black and Latinx neighborhood of South Central Los Angeles. The organization suggests this show for viewers 15 years or older and kids comfortable with more mature themes.

What We Do in the Shadows

Based on the feature film by Jemaine Clement and Taika Waititi, What We Do in the Shadows follows the nightly exploits of vampire roommates and their human familiar, star of the show Guillermo de la Cruz (played by Mexican American actor Harvey Guillén), as they navigate the modern world of Staten Island. This show is best suited for teens, or those watching with parental supervision.

Lord of Rings: The Rings of Power

While Common Sense Media recommends this show for kids older than 12, the new Lord of the Rings series is a good choice for high fantasy stories featuring a diverse assortment of characters, including Middle Earth's first Afro-Latinx elf played by actor Ismael Cruz Córdova. This show is better for older kids and teens, or those watching with parental supervision. 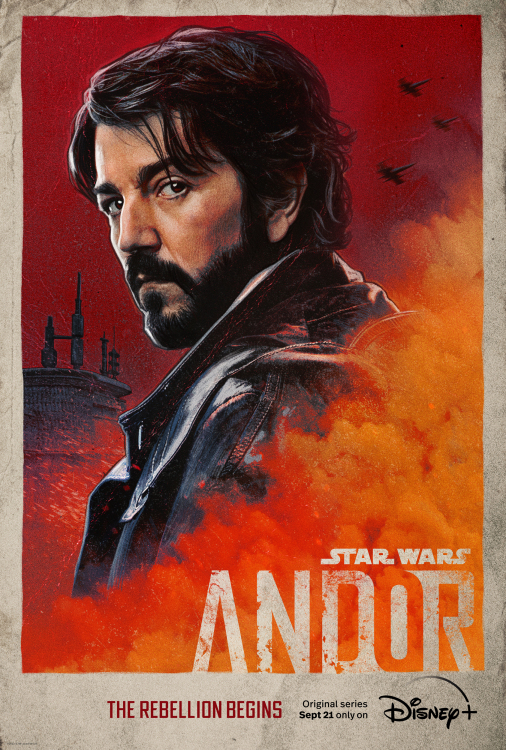 Starring Mexican actor Diego Luna as hero Cassion Andor, the show is a prequel series to Star Wars' Rogue One and follows the rebel's formative years fighting against the Galactic Empire. A good pick for teen Star Wars fans or those watching with parental supervision.

This animated film stars a music-loving kinkajou, played by Puerto Rican writer, director, and actor Lin-Manuel Miranda, who goes on a destiny-fulfilling journey to help an old friend deliver a love song. It was highlighted by Common Sense Media as a Common Sense Selection.

The Book of Life

The Book of Life envisions a breathtaking animated world in San Angel, Mexico, where main character Manolo embarks on a Day of the Dead journey to learn about love and loss. It was produced by Guillermo del Toro and directed by Jorge Gutierrez, and received a Common Sense Selection pick.

Available on Disney+ and Tubi.

Pachamama tells the story of a young Indigenous boy and girl living in an Andean village facing the threat of the Spanish conquistadors. When a sacred statue is taken from their home, they go on an adventure to retrieve it. Common Sense Media recommended the film in its list of media depicting Latin American myths and legends.

Another Day of the Dead–themed story, Coco follows an aspiring young musician named Miguel, who embarks on an extraordinary journey to the afterlife to find his ancestors. The movie was also designated a Common Sense Selection. The Oscar-nominated movie depicts the magical Madrigal family, who live in the mountains of Colombia. It tells the complex stories of an intergenerational family unit, including struggles with identity, residual trauma, and familial obligations.

McFarland, USA tells the real-life story of a track and cross country team at a predominately Latinx high school in California's Central Valley. Common Sense Media selected it as an outstanding watch for families seeking positive role models and messaging.

Created by Lin-Manuel Miranda and adapted from the acclaimed stage production of the same name, In the Heights features the daily lives of the Latinx and Caribbean diaspora in Manhattan's Washington Heights neighborhood. 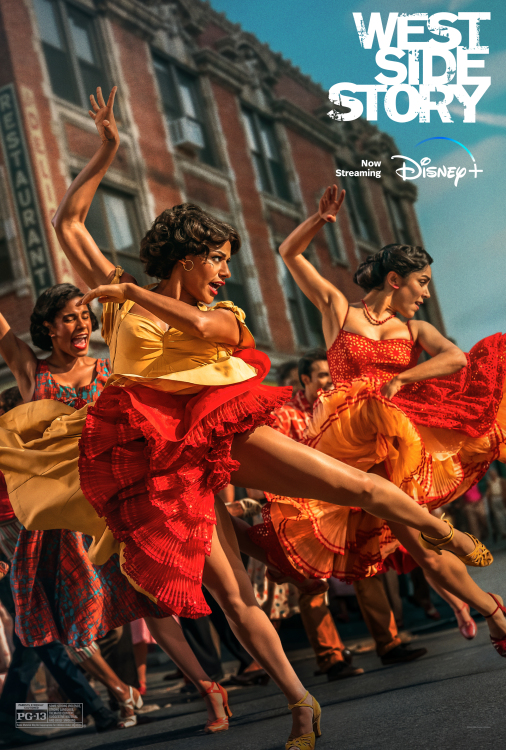 Another blockbuster hit, the latest adaptation of musical West Side Story tells the tale of forbidden love and the rivalry between two teenage New York City street gangs of different ethnic backgrounds, the Puerto Rican Jets and the predominately white Sharks. Common Sense Media gave it five stars and a Common Sense Selection for teens. In her role as Anita, Ariana DeBose made history as the first openly queer woman of color to win the Oscar for Best Supporting Actress.