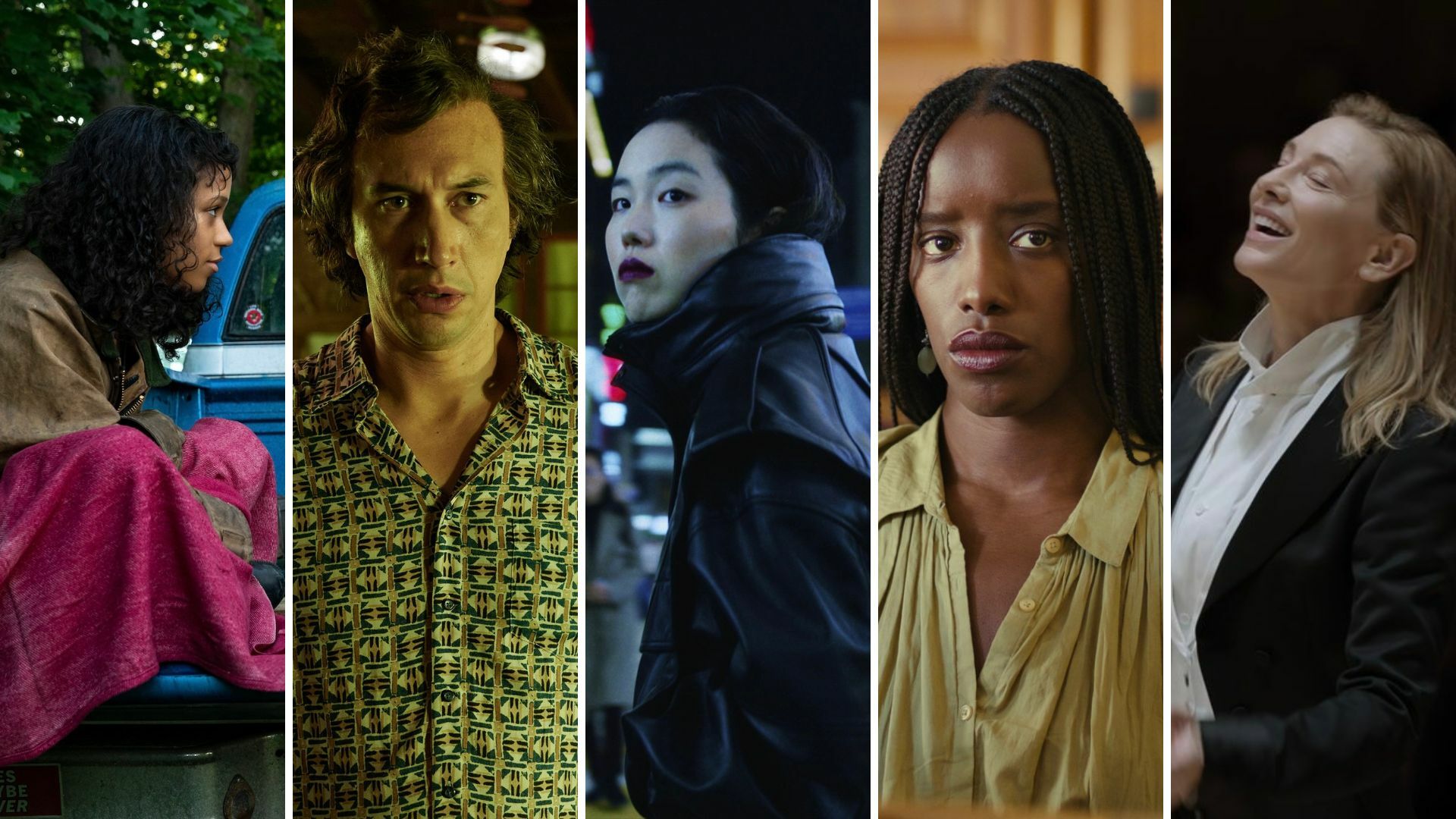 The 2022 New York Film Festival begins today, showcasing a slew of new films to get excited about this upcoming fall and winter.

This year's lineup includes movies from Luca Guadagnino, Joanna Hogg, and Noah Baumbach, as well as films we already highlighted in our coverage of the Toronto International Film Festival like Decision to Leave and Women Talking. There's something at NYFF for everyone, from cannibalistic romances to runaway donkeys to cruises gone terribly wrong.

Here are 10 movies out of NYFF that you should check out.

SEE ALSO: 20 movies we can't wait to see this fall

If you love Call Me By Your Name: Bones and All 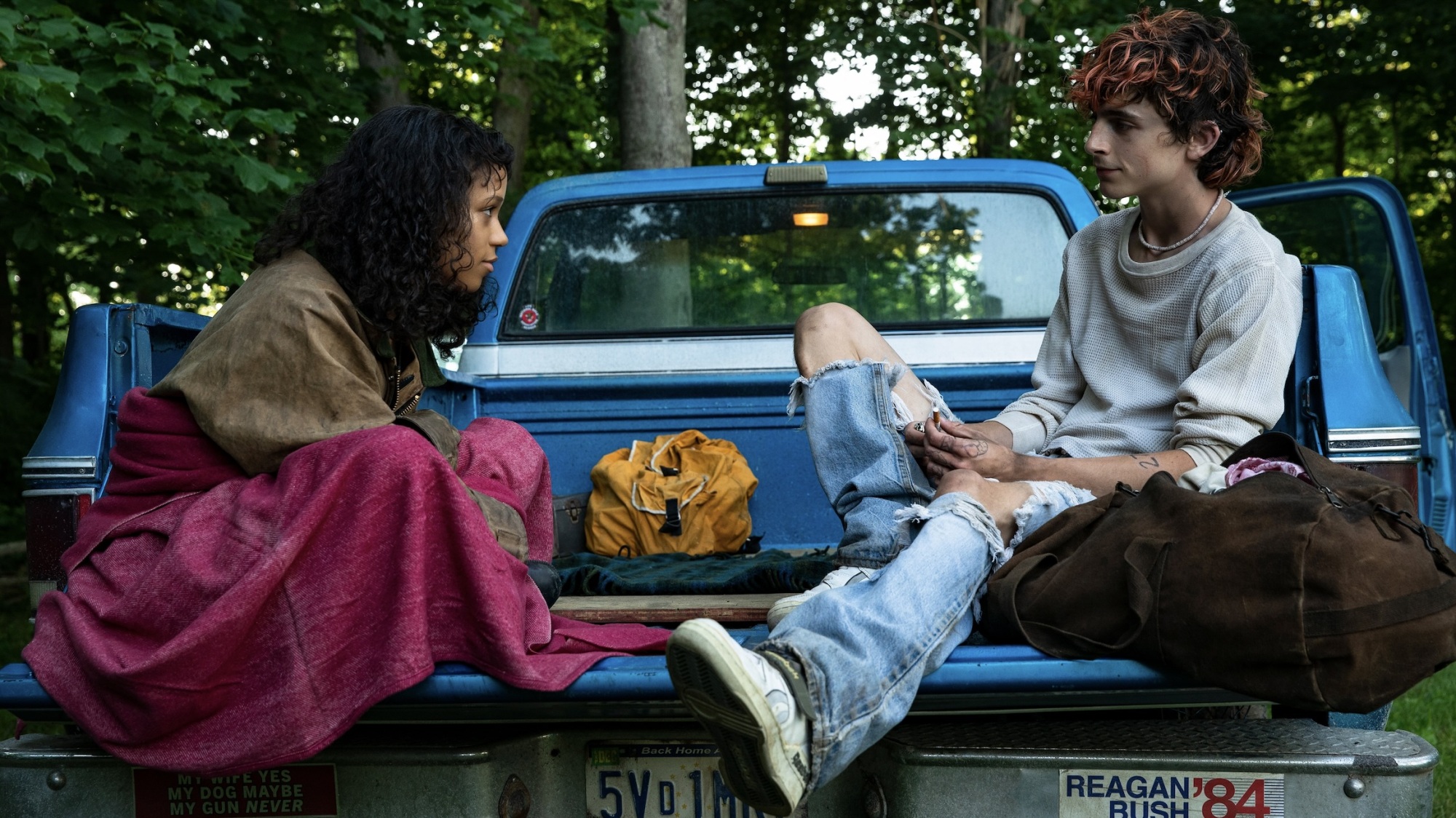 Call Me By Your Name director Luca Guadagnino reunites with Timothée Chalamet for the upcoming coming-of-age drama Bones and All. Based on the novel of the same by Camille DeAngelis, Bones and All is the story of Maren (Taylor Russell), a young woman with a dark secret. (Put simply, the secret is cannibalism.) Abandoned by her family, Maren journeys across America on the fringes of society, where she meets and falls in love with drifter Lee (Chalamet). Part road trip movie, part romance, and part body horror, Bones and All earned raves at the Venice International Film Festival, as well as the Silver Lion for Best Director, making it one to watch.

How to watch: Bones and All hits theaters Nov. 23.

If you love Paul Mescal: Aftersun 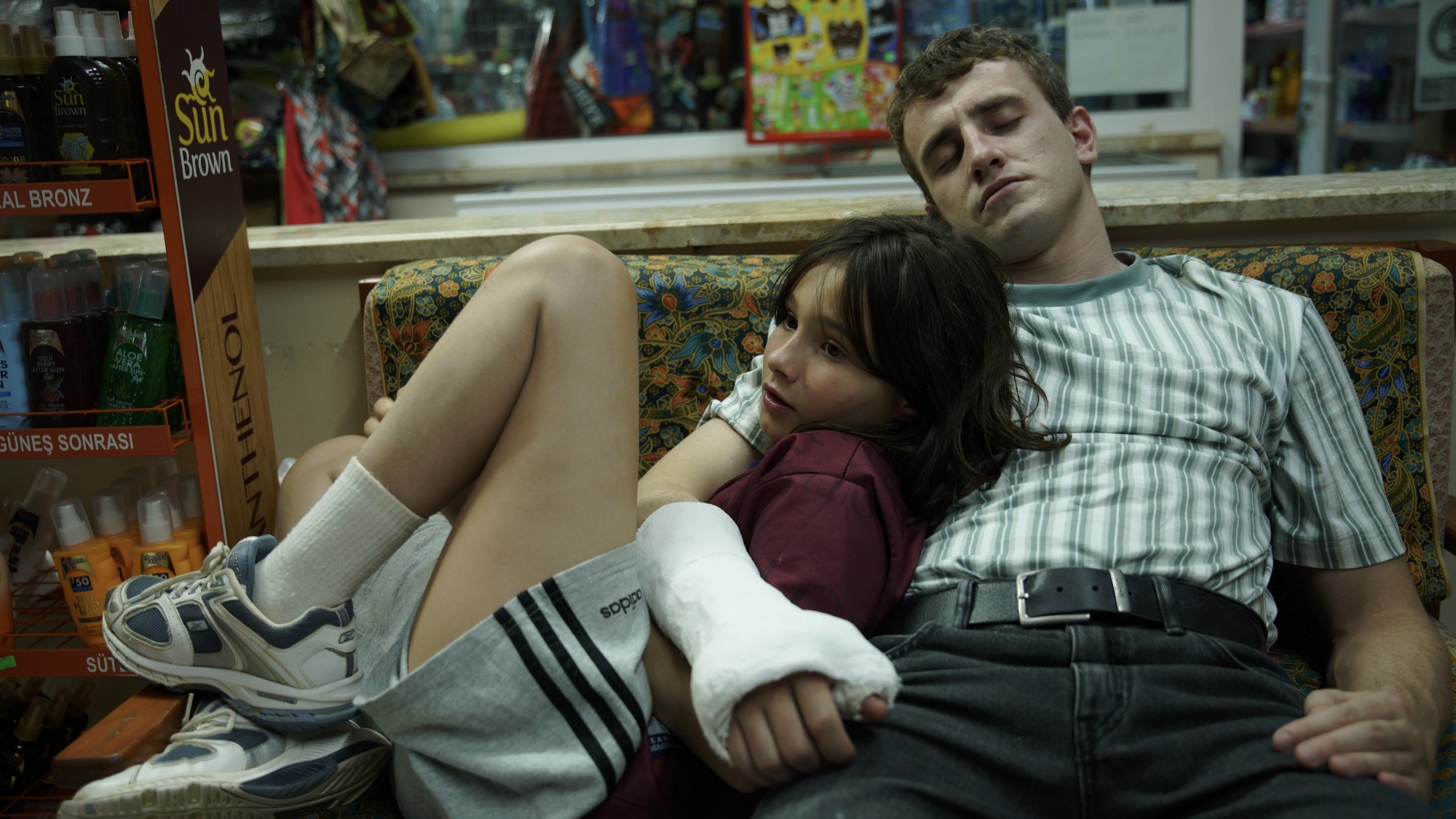 Frankie Corio and Paul Mescal in "Aftersun." Credit: Courtesy of A24

Can't get enough of Paul Mescal after watching his heart-wrenching performance in 2022's Normal People? Then be sure to add Aftersun to your watchlist. The feature debut from director Charlotte Wells follows father Calum (Mescal) and his daughter Sophie (newcomer Frankie Corio) on a summer vacation to Turkey. Much of the film focuses on their getaway, including sightseeing, swimming, and shopping, but Wells intersperses scenes of an adult Sophie (Celia Rowlson Hall) thinking back on that vacation throughout. These moments, combined with Mescal and Corio's exceptionally natural performances, cement Aftersun as a touching portrayal of memory and of the complicated relationships between parents and children.

If you love documentaries: All the Beauty and the Bloodshed 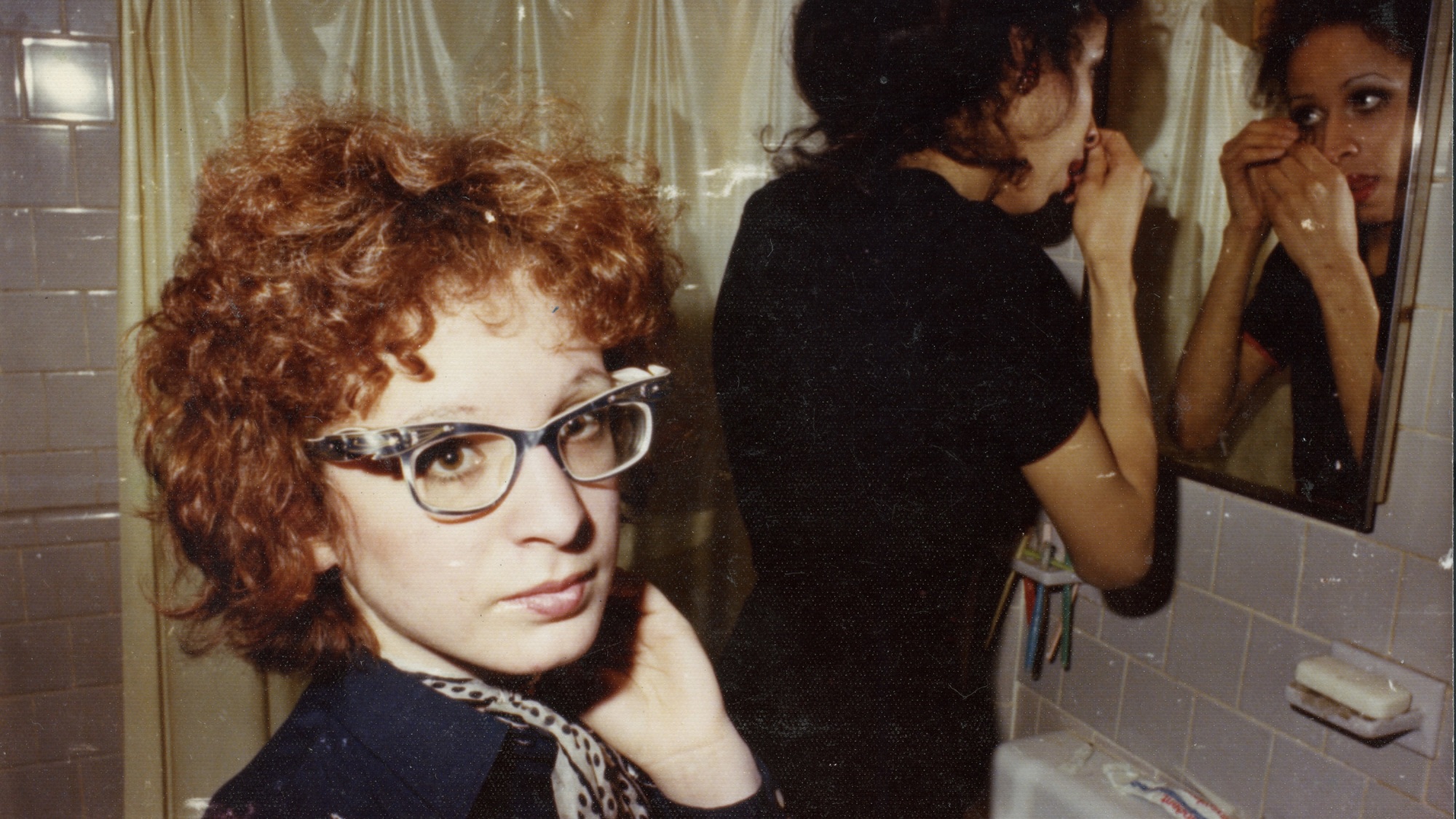 The latest documentary from Laura Poitras, director of Academy-Award winning documentary Citizenfour, chronicles the life of storied photographer Nan Goldin, whose groundbreaking work chronicles the most intimate moments of outsiders and artists. This doc also explores Goldin's role as an activist fighting to hold the Sackler family and Purdue Pharma accountable for their role in the opioid epidemic. All the Beauty and the Bloodshed is already attracting Oscar buzz, especially after winning the Golden Lion at the Venice International Film Festival.

How to watch: All the Beauty and the Bloodshed will be in theaters this fall and released on HBO and HBO Max on a yet-to-be announced date.

If you want to see an extraordinary acting debut: Return to Seoul 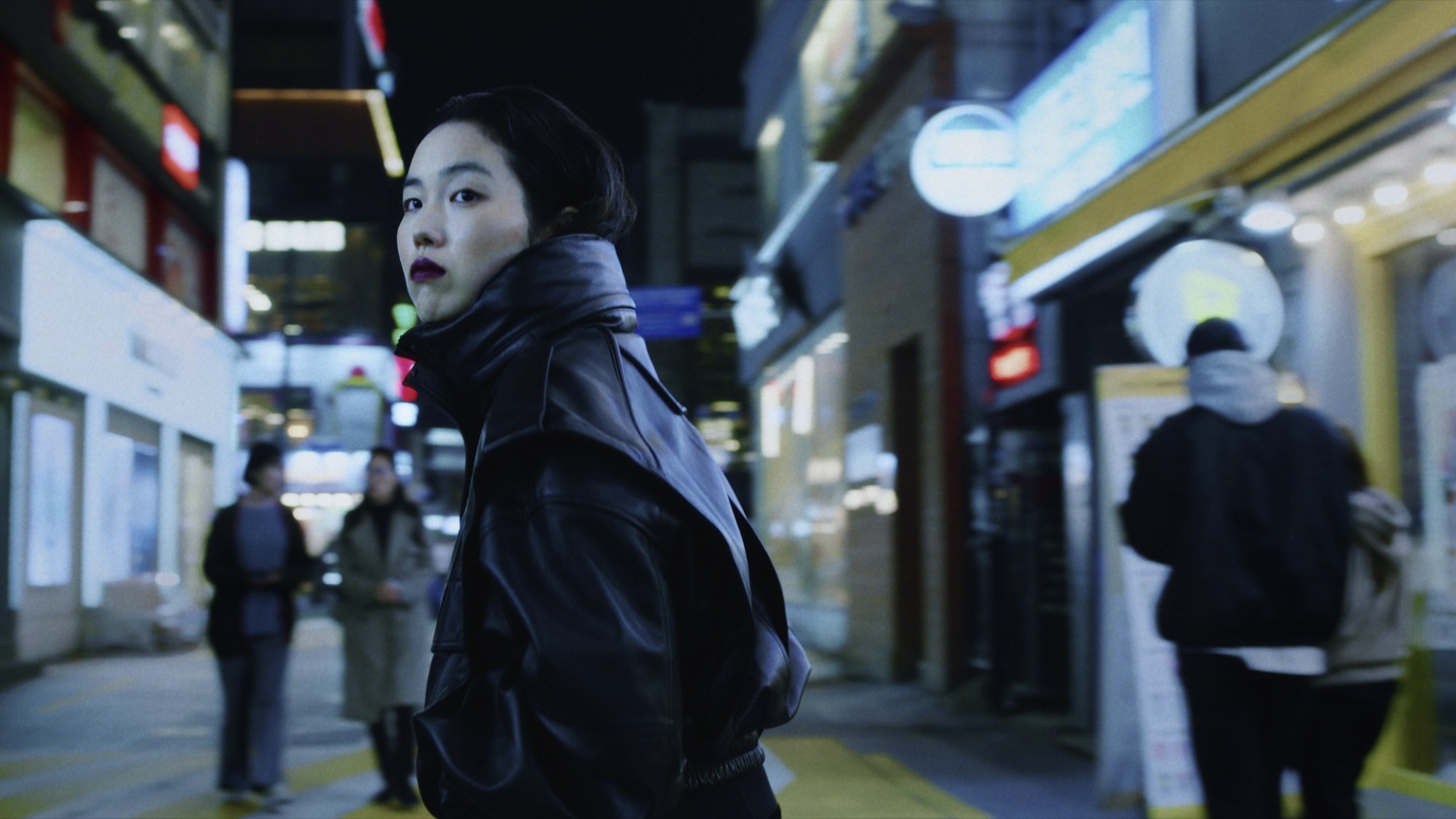 There is so much to love about director Davy Chou's Return to Seoul. The film is an astounding, thorny portrait of Freddie (Park Ji-Min), an adoptee raised in France who travels to South Korea to find her biological family. Return to Seoul does not seek to answer existential questions about belonging and identity with trite platitudes. Instead, it delves into Freddie's confusion and anger head on. This is the kind of movie that lives or dies based on its lead. Luckily, newcomer Park is a marvel, channeling Freddie's rage, joy, and occasional recklessness into on-screen magic. If there's any justice in the world, her performance will be recognized come awards season.

How to watch: Return to Seoul will be released in theaters on a yet-to-be announced date.

If you love donkeys: EO 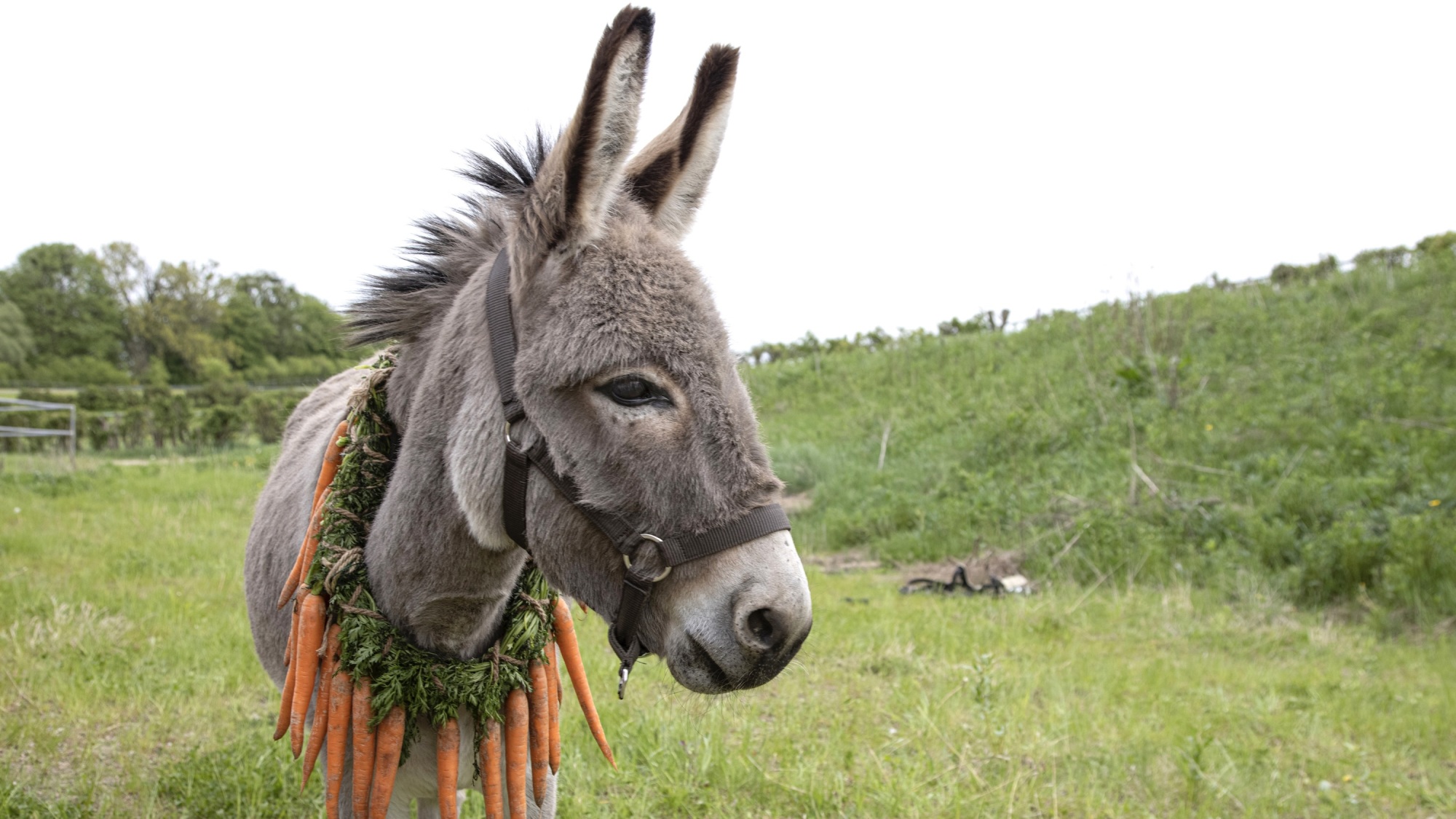 One of the many donkeys playing Eo in "EO." Credit: Courtesy of Janus Films and Sideshow

A donkey goes on an odyssey around Europe in Jerzy Skolimowski's EO, guaranteed to be one of the strangest yet most moving films you'll see out of NYFF this year. Our lead donkey, named Eo, is freed from a Polish circus. He travels from owner to owner, encountering a countess, an intense group of soccer fans, and other assorted characters. However, EO doesn't linger on them for long — the film puts us squarely in Eo's shoes (or hooves?) with gorgeous cinematography and an appropriately ambling plot. As cute as Eo and some of his adventures are, EO does not shy away from violence towards its lead, making for a film that is as brutal and melancholy as it is engrossing and, occasionally, sweet.

If you love Cate Blanchett: Tár 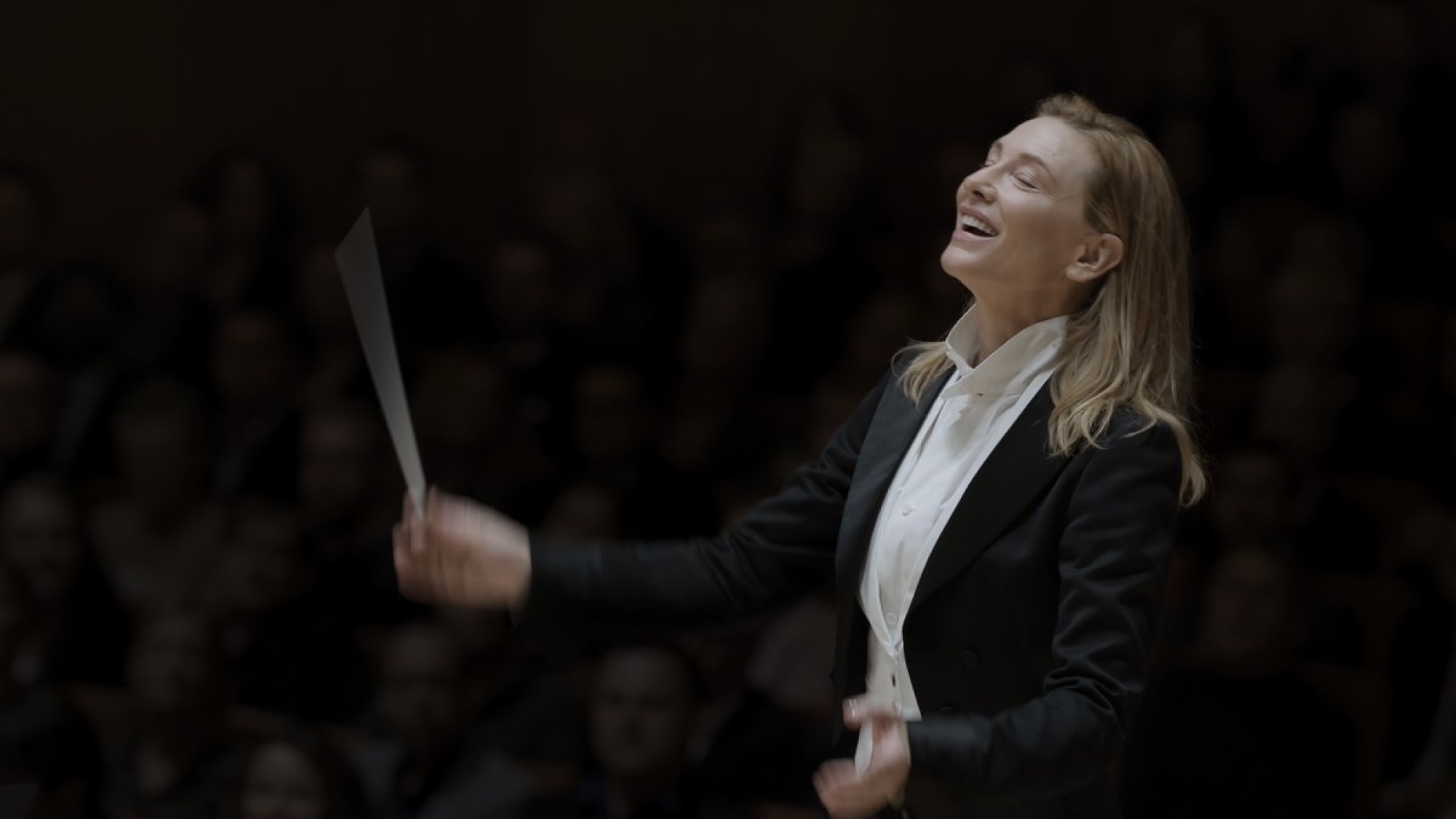 Cate Blanchett is at her best in Todd Field's extraordinary Tár: at once brilliant, commanding, haunted, and menacing. The film takes place in the days leading up to the most important symphony of conductor Lydia Tár's (Blanchett) career. However, simmering accusations threaten to overshadow what was supposed to be her crowning achievement. The result is a taut psychological drama shot with cool, at times even alienating, elegance. Blanchett already won Best Actress at the Venice International Film Festival for this performance, teeing her up for what could potentially be her third Academy Award.

If you want a new take on a courtroom drama: Saint Omer 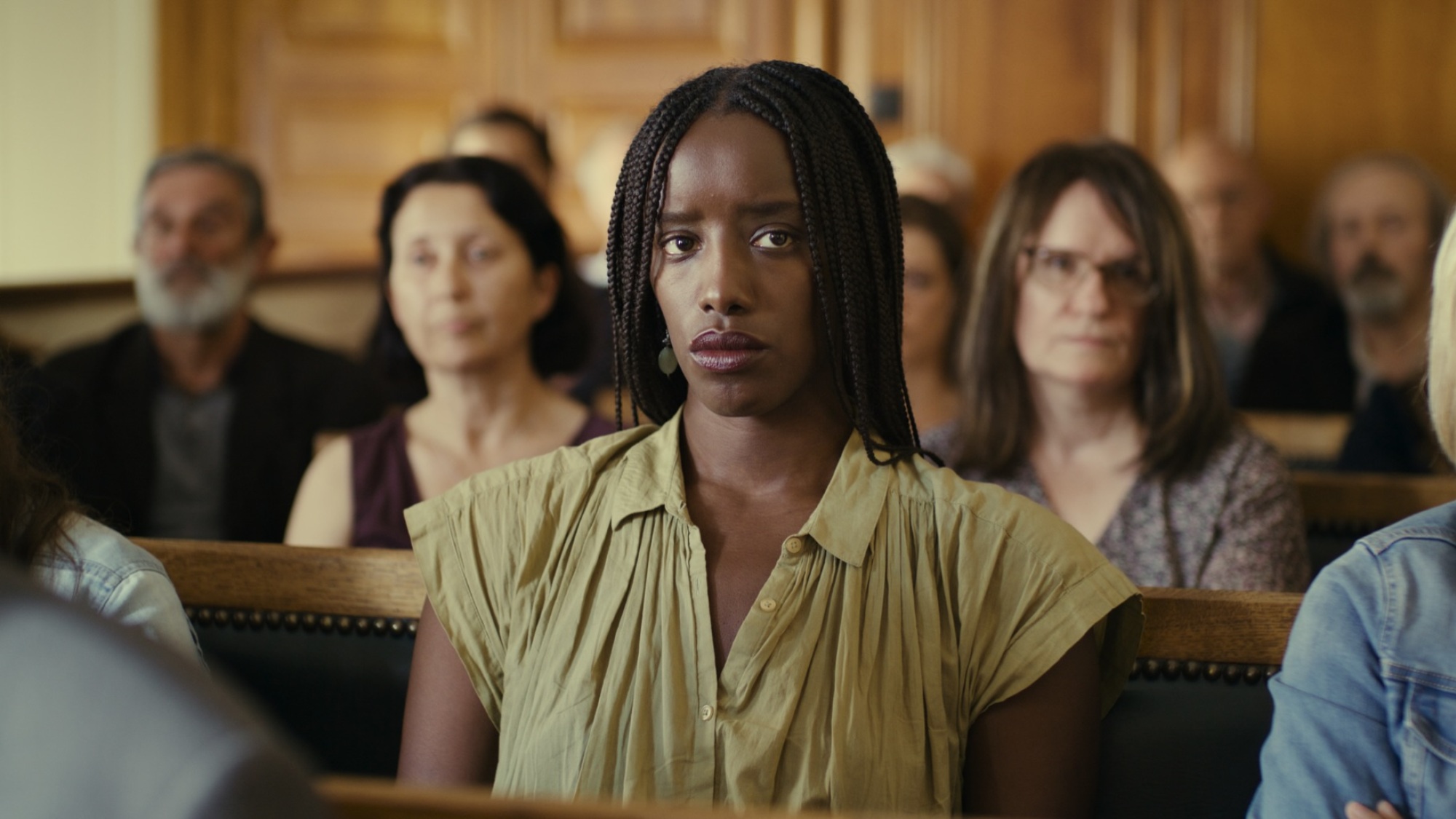 Documentary filmmaker Alice Diop makes her narrative feature debut with Saint Omer, France's official submission for Best International Feature at the upcoming Academy Awards. Saint Omer follows aspiring novelist Rama (Kayije Kagame) as she observes a court case for inspiration of her modern retelling of the Medea myth. The case in question concerns mother Laurence Coly (Guslagie Malanda), who stands accused of infanticide. As Laurence's story comes to light, the pregnant Rama begins to feel a connection to her own prior traumas in what becomes an examination of the racism, violence, and isolation Black women face in France.

How to watch: A release date for Saint Omer has yet to be announced.

If you love satire: Triangle of Sadness 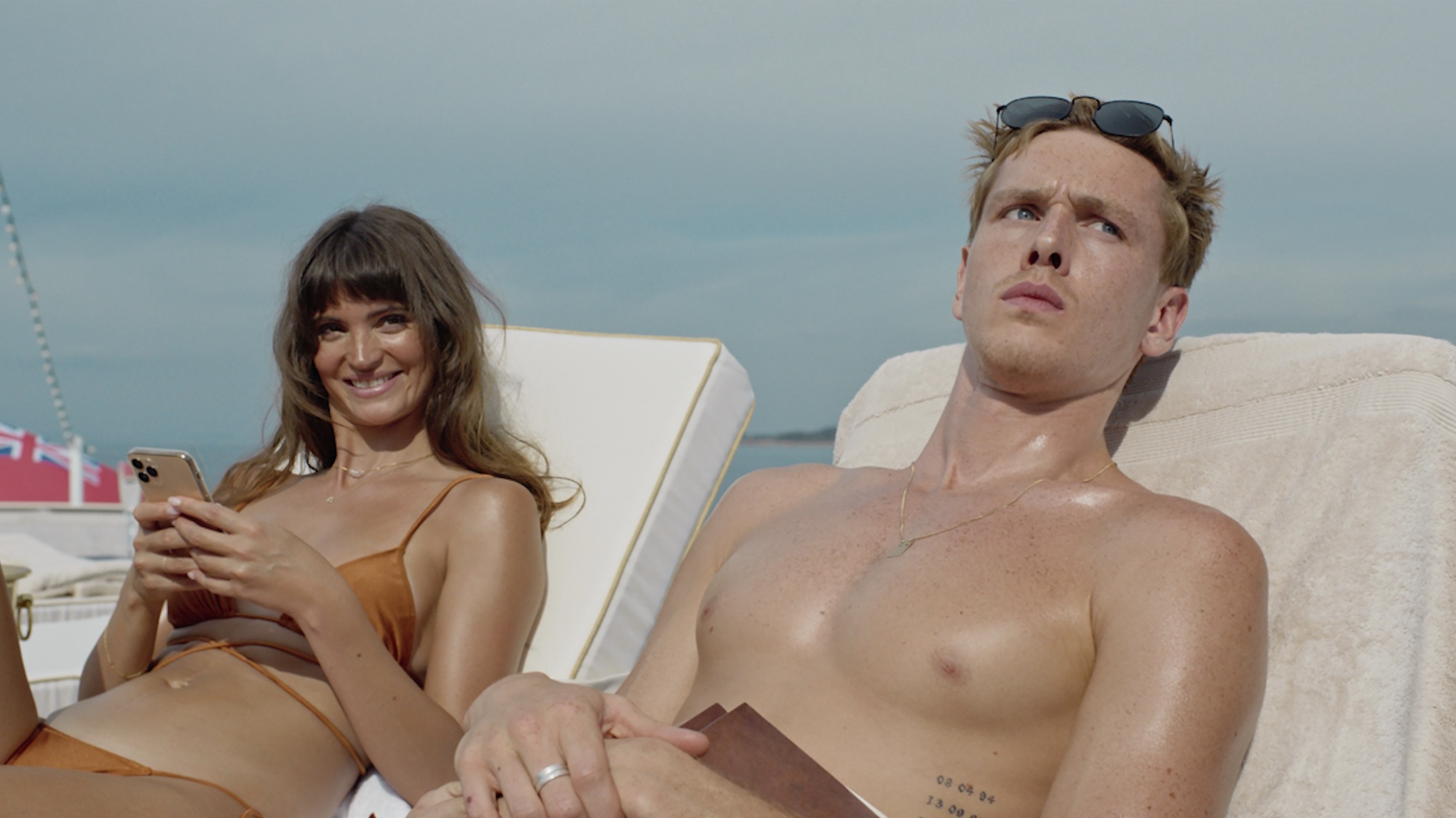 Charlbi Dean and Harris Dickinson in "Triangle of Sadness." Credit: Courtesy of NEON

The super-rich go through the wringer in Ruben Östlund's Triangle of Sadness, winner of the Palme d'Or at the 2022 Cannes Film Festival. A cruise for the wealthy and beautiful — including a fashion model couple (Harris Dickinson and the late Charlbi Dean) — goes horribly awry when a storm hits. The hierarchy between the ship's crew and its elite passengers dissolves in the face of mortal peril, leaving those who once had everything with virtually nothing. Östlund's satire is pointed, uncomfortable, and filled with far more vomit than you might initially think.

How to watch: Triangle of Sadness hits theaters Oct. 7. 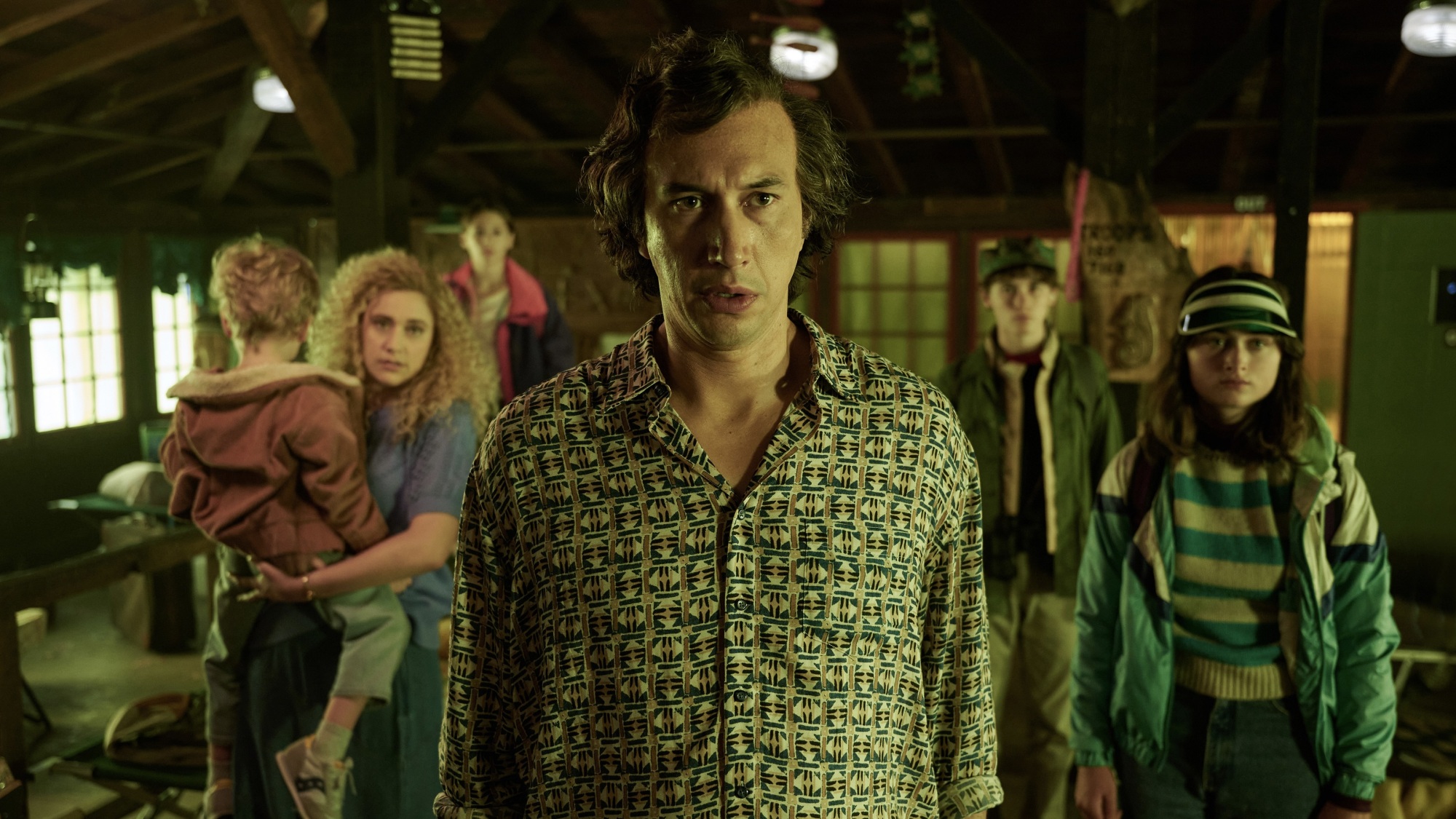 Plot-wise, White Noise has little in common with 2019's divorce drama Marriage Story. It is, however, the latest team-up between director Noah Baumbach and Adam Driver, and that combination — as well as the involvement of Greta Gerwig and Don Cheadle — makes it worth checking out. Adapted from Don DeLillo's postmodern novel of the same name, White Noise centers on professor Jack Gladney (Driver) and his wife Babette (Gerwig), who live a normal suburban life with their children. That all changes when a chemical leak causes an "Airborne Toxic Event," forcing the Gladneys to evacuate. Cue the absurdism, ennui, and tons of existential dread we've come to expect from a Baumbach joint.

How to watch: White Noise hits select theaters Nov. 25 and will be streaming on Netflix Dec. 30.

If you want to see Tilda Swinton talk to herself: The Eternal Daughter 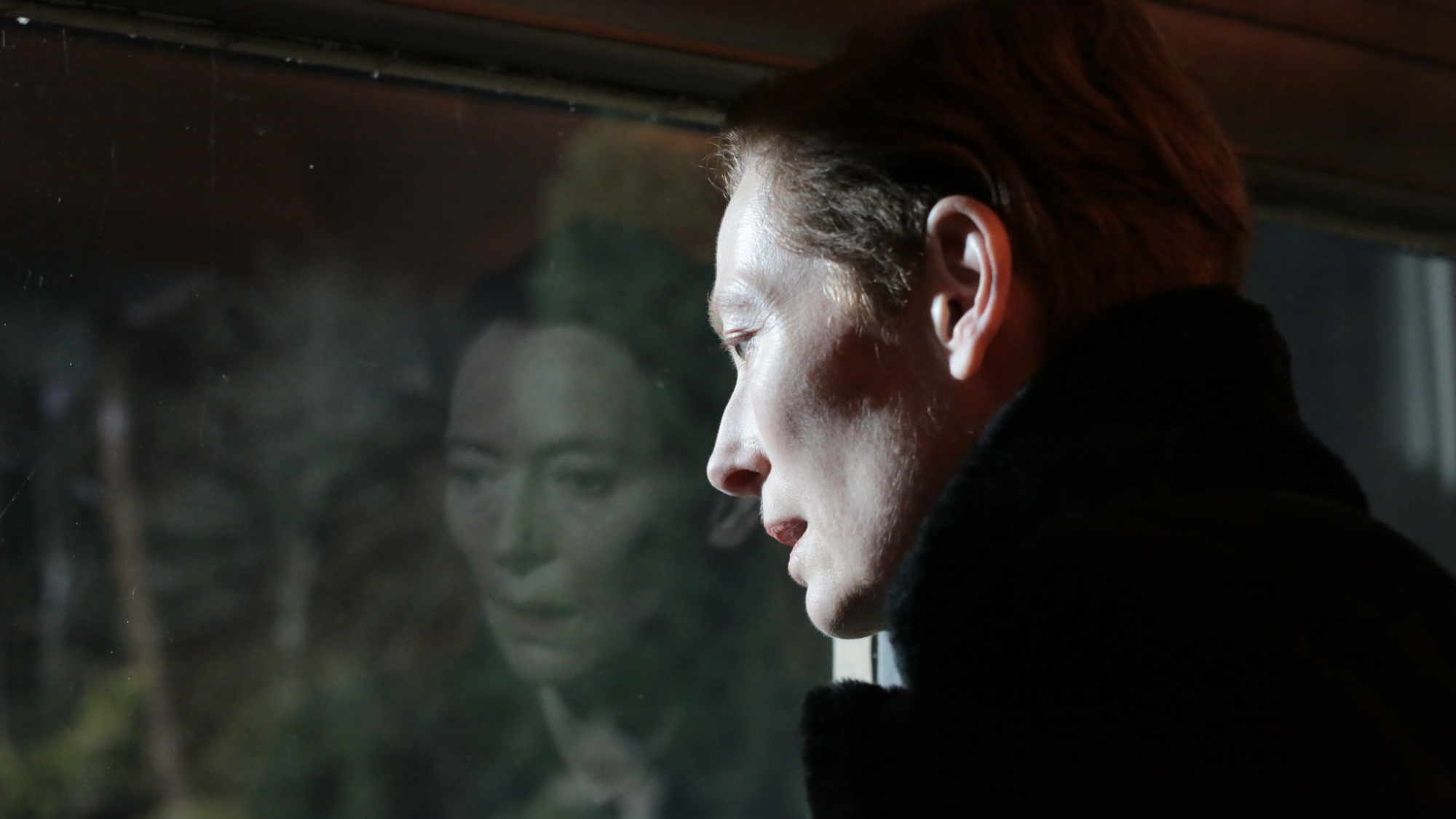 Tilda Swinton in "The Eternal Daughter." Credit: Courtesy of A24

The Souvenir director Joanna Hogg and star Tilda Swinton collaborate once more with The Eternal Daughter, an eerie mystery examining the relationship between an artist named Julie and her mother —Swinton plays both. The pair go on a trip to a manor that was once a family home but is now a hotel. The hotel turns out to be the perfect setting for unearthing past memories and family secrets: It's a building ripped straight out of a Gothic novel, complete with ever-present fog, creepy portraits, and things that go bump in the night. The Eternal Daughter promises to be an affecting ghost story, and an excellent showcase for Swinton.

How to watch: A release date for The Eternal Daughter has yet to be announced.